The third episode of What If…? isn't as good as the second or as mediocre as the first, but instead strikes a perfect balance about what would happen if someone didn't want the Avengers initiative to happen. The thing that made the first episode of What If…? not very good was the fact that it was largely a "find and replace" story with Peggy and Steve. The second really explored what would have happened if Yondu took T'Challa instead of Peter. It had long-lasting consequences that the show was able to explore, and it did an excellent job of doing that. This time, we explore a world of what if someone killed Tony Stark and the things that would spiral from there. It's largely an episode that follows Nick Fury and Natasha Romanoff as they try to make it to the other Avengers before time is up.

The thing that is surprising about this episode is how brazen it is with its willingness to just kill off these beloved characters. We have always had What If…? storylines where someone else dies, but newer and younger Marvel fans unexposed to the comics are going to be taken by surprise. We know that Marvel is willing to kill off their heroes, but this feels a little different. This is about as close to a bloodbath as Marvel gets aside from The Snap. It turns the episode into a murder mystery as certain familiar scenes do play out differently, and others are brand new.

It strikes a decent balance between being familiar and being new but doesn't quite have as much to say about the nature of its characters as episode two did. There isn't a T'Challa that is going to change the fate of the universe by being T'Challa in this episode. Instead, we get a murder mystery as Fury and Natasha try to figure out exactly who is responsible for this. The final reveal is one that is really going to appeal to comic fans but might leave movie fans a little confused about the left turn they are going to see.

What If…? episode three explores what would happen if Nick Fury wasn't able to make the Avengers, but not in the way that people are expecting. It's a pretty solid little episode where the best part is the final reveal that the thing that makes this universe different is not what you're expecting. 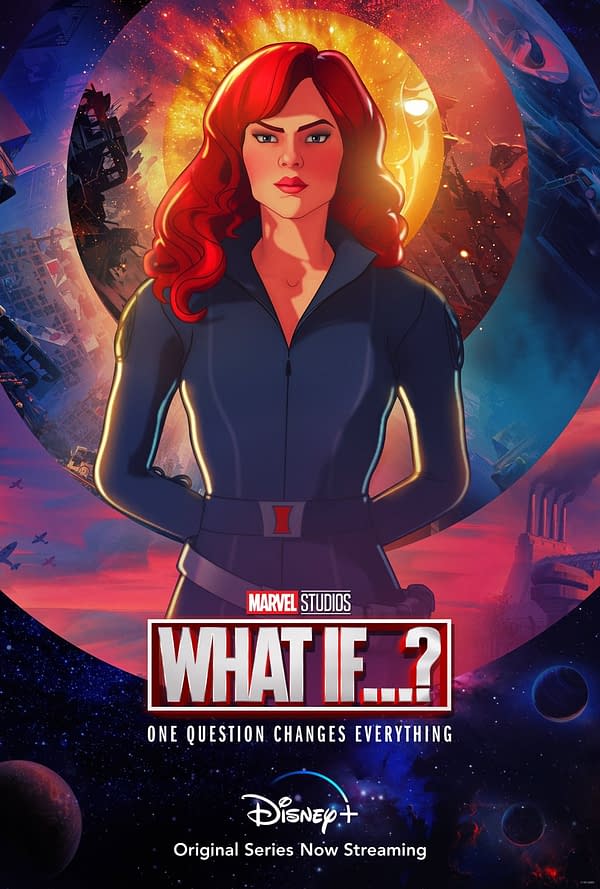 Review by Kaitlyn Booth
8/10
The third episode of What If...? isn't as good as the second or as mediocre as the first, but instead strikes a perfect balance about what would happen if someone didn't want the Avengers initiative to happen.

See West Side Story Early, in IMAX, With a Special Cast Q&A

The review embargo for West Side Story came down today, and so far, things are looking very positive. People have been highly anticipating this movie for

Shazam: Fury of the Gods – Zachary Levi Says The Second One is Better

Shazam! is still the best all-around DC movie, and no, we will not be taking comments on the matter. There are some that have come very close, The Suicide

Sir Ridley Scott had a "really f*cking good" script for Dune, but it didn't happen because he didn't want to shoot in Mexico.

The Tragedy of Macbeth is a masterpiece of incredible set design, fantastic lead performances, and giving the classic play that A24 horror sheen that

West Side Story Review: It's Just a Well Made and Executed Remake

West Side Story is very well made and executed with some star-making performances. However, aside from that, it doesn't do much of anything to elevate the

The Walking Dead: World Beyond Finale Exclusive: "No Going Back" Now

In this exclusive preview for the finale of AMC's The Walking Dead: World Beyond, a look back at how it began for Hope, Iris, Silas & Elton.

Josie Totah shines in a predominantly Lexi-centric episode of Peacock's Saved by the Bell, finding the right balance between humor & message.

Peacemaker Official Trailer: He's a Grower & Not a Shower, People

With Season 4 less than a month away, Netflix released a new Cobra Kai poster. Plus, a bold prediction about the All Valley Tournament winner.