With alarming but sadly realistic parallels to what we've seen on modern streets, Batman '89 #2 goes deep into the making of one of Gotham City's most iconic villains and adds great depth to the caped crusader while fleshing out the mythos in refreshingly effective ways. If you know Batman, this will feel like a greatly inspired cover of one of your favorite songs, and if you don't know Batman, this will be a great look at the core tenets that have made this property endure.

The Gotham Police Department is after the Dark Knight Detective, and — as with Breonna Taylor or Atatiana Jefferson — bullets fired with one intention sometimes hit other, innocent ones. Harvey Dent keeps his eyes on his ambition while playing more sides than Killmonger on What If? and searching for the identity of the man in the cowl. Along the side, Barbara Gordon (daughter, not wife) and a brilliant young man called Drake play effective supporting roles, alongside an old friend popping up. Oh, and a giant penny ends up at Wayne Manor.

What's most impressive (or maybe it's easy for him, having the practical experience of actually writing the Tim Burton films) is how writer Sam Hamm so wonderfully captures the cadence of a younger Michael Keaton or Billy Dee Williams. This is clearly a part of a bigger thing, but this single issue is thick with characterization, plot developments, and enjoyable, thrilling moments. That brings us to the dazzling depictions of Joe Quinones, Leonardo Ito, and Clayton Cowles, bringing such impact to a tragic last heroic gesture or the sudden appearance of a friend thought lost.

Usually, a project like this would be a vanity bit of fan service for aging readers desperate to rekindle their childhoods. On the contrary, this is some of the strongest, most effective Batman storytelling captured on-page in years and can stand the test of time, much like the films that created this tapestry. RATING: BUY. 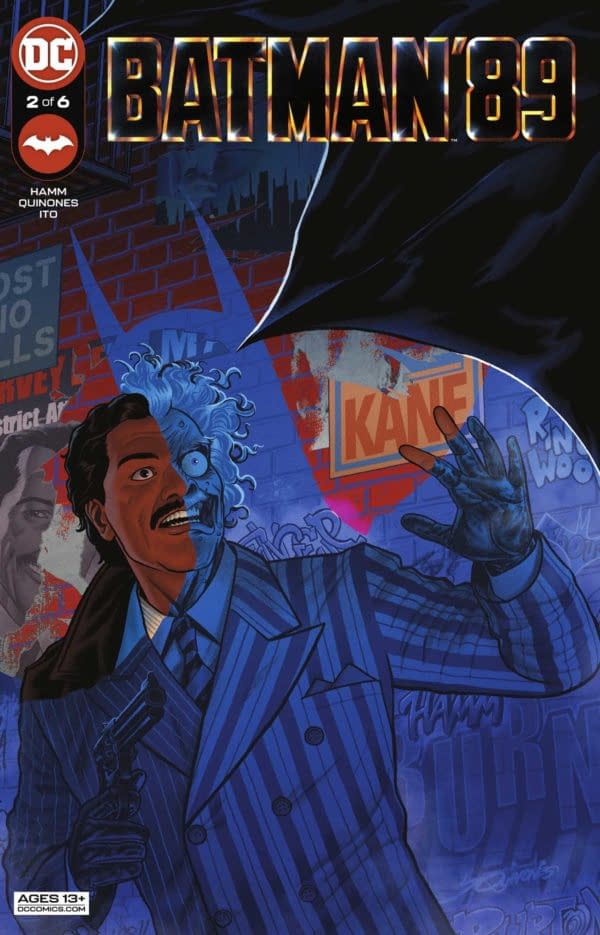 X-Men '92: House of XCII #4 Preview: The Game of Thrones Problem

The compressed cartoon retelling of Hickman's X-Men reboot is already up to the Hellfire Gala in this preview of X-Men '92: House of XCII #4. Will it overtake the regular X-books before it ends?

Manta Comics, a leading subscription-based webcomics platform, announced today that it is expanding its library of mystery and thriller titles with the

Angel #8 Preview: Burn it All Down… Literally

It's the series finale of the latest Angel comic in Angel #8... but will this alternate universe survive, or go up in flames?