In Promethee 13:13 #2, a Comixology Original now published in print through Ablaze, a satellite launch goes wrong, and Darla has a conversation with her kidnappers. Penciller Shawn Martinbrough does something that's usually taught out of comics artists, drawing characters that look like they're floating. In this case, it's because the scene calls for it: Astronauts in literal space moving in zero gravity. (He and colorist Dave Stewart draw them, landing back into gravity with a satisfying thud.)

The space shuttle and its crew are pulled off course, but what's doing it, or better yet, who? Back on Earth, Darla, now fully in a secondary location, gets answers she doesn't like, alongside more repressed visions from her past. And she's not the only one.

It's easy to imagine a version of Promethee 13:13 #2 that's twice as long that goes to the same places. However, Andy Diggle's dialogue is sharp enough that it's not needed, and the character is still given time to shine. If there is jargon used by the astronauts, it's immediately recognizable. Issue two's cliffhanger is what the series has suggested since the outset. The space shuttle might be moving laboriously, but the story's moving at warp speed.

In the midst of preparing a satellite in orbit, the crew of the Atlantis is pulled off course in a way that makes them question beyond where they are being taken, but HOW they are being taken there. Back on Earth, Darla comes face to face with the people who have taken her captive, forcing her to question what is real and what is a conspiracy that will cost people their lives. 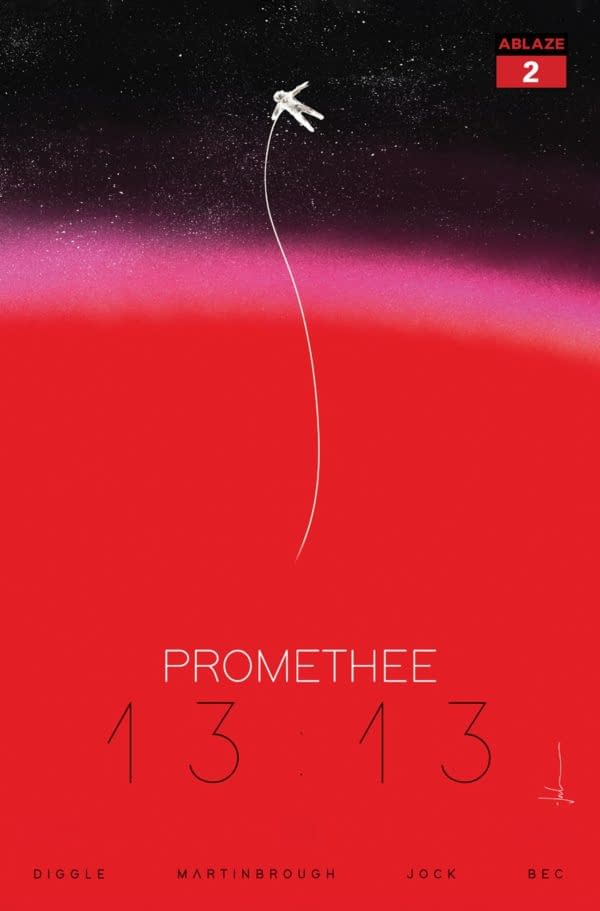 Review by James Hepplewhite
6/10
Promethee 13:13 #2’s cliffhanger is the what the series has suggested since the outset. The space shuttle might be moving laboriously, but the story's moving at warp speed.
Credits
Writer
Andy Diggle
Artist
Shawn Martinbrough
Colorist
Dave Stewart