Jonathan Kent hasn't been back from the future for long, growing into the mantle of his father and terrified that continuity, er, circumstance will take Kal-El's guidance from him forever. However, he's also got a different take on what it takes to wear the shield and shows some of his approach in Superman: Son Of Kal-El #3.

Tom Taylor's script does some things very well — by mirroring a play from the Supergirl show, he makes a play to manipulate public opinion in the right direction. Likewise, with the amazing depictions from John Timms, Gabe Eltaeb, and Dave Sharpe deliver on action scenes suitable for huge screens. The relationship between Jonathan and his father is also endearingly depicted, and there's a wonderful moment for Lois Lane here that showcases her real value to the franchise.

The biggest problem comes with a character called Faultline, a woman of color who is used as a prop and a weapon by powers beyond her ability to understand. Her lack of agency and wafer-thin characterization is a huge deficit — at no point in this issue does she have the ability to affect her destiny. That challenge made the central conflicts of this issue problematic, sapping some of its quality therein.

That's not to say there's not a lot of great elements to this work, but the challenges listed herein prevent this from flying that high into the sky. RATING: HONORABLE MENTION.

Superman: Son Of Kal-El #3
By Tom Taylor, John Timms
Jonathan Kent hasn't been Superman for long, but he's upset some powerful people with his heroism. And the underground news source known as the Truth is helping Jon open his eyes to evils in the world that could be more powerful than the new Man of Steel. Continuing the brand-new saga of Superman from Tom Taylor, the writer of Nightwing, and John Timms, artist on Future State: Superman of Metropolis. 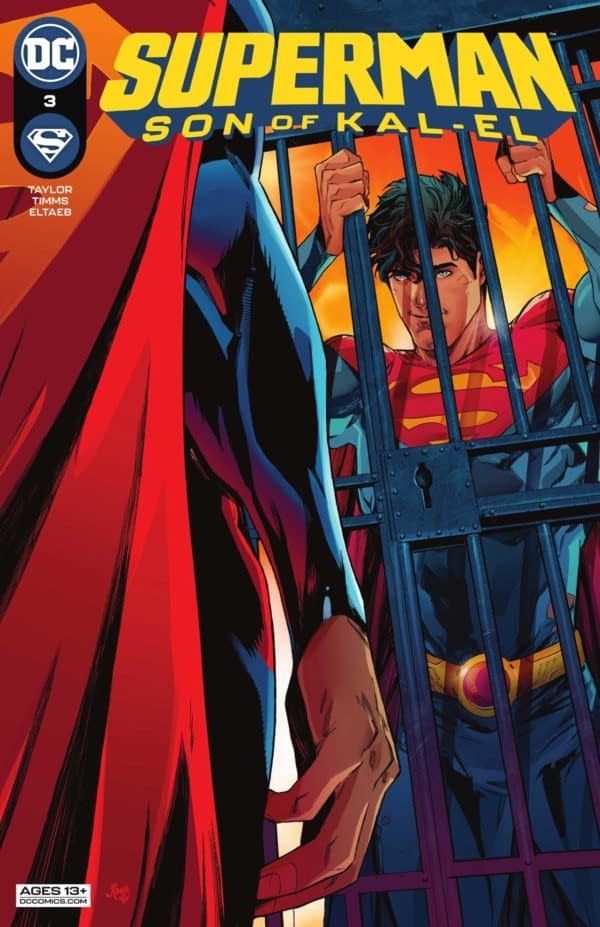 Review by Hannibal Tabu
7.5/10
The last day together for father and son is filled with action, but falls short with a problematic new player on the field.
Credits
Editors
Mike Cotton, Diego Lopez

In this preview of Harley Quinn #20, Luke Fox reveals he hid Element-X on the moon after seeing a vision of a dark, gritty superhero battle resulting in millions of deaths. So a Zack Snyder movie?

Ikaris makes a deal with Jean Grey to help end the war in this preview of X-Men #13... but there's a catch. There's always a catch.

Nightwing rescues his sister from Blockbuster in this preview of Nightwing #95... but who will rescue Nightwing? Oh, it's Audre... with a car.

The Rebel Alliance launches an assault on the Imperial Unity Day parade in this preview of Star Wars #26.

Black Flag At Fan Expo Boston, But Not Selling Their Acetate Variants