Last week, we got to see some of the artwork for Jonathan Hickman's upcoming X-Men relaunch, from Powers of X by R.B. Silva and House of X by Pepe Larraz. Hickman gave another interview Wednesday to Comic Book Resources, and that came along with some new pages for the upcoming mini-series that will kick off the line-wide relaunch and a new era of X-Men.

In addition, we also got a glimpse at some art from one of the titles in Adventures in Poor Taste's X-Men Monday column earlier this week:

And here's the art that was previously revealed: 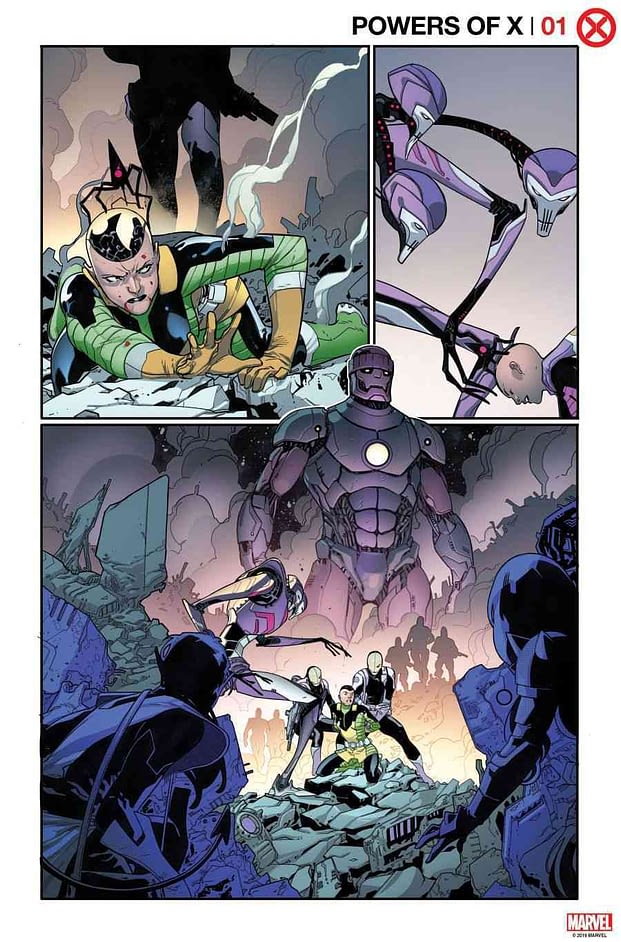 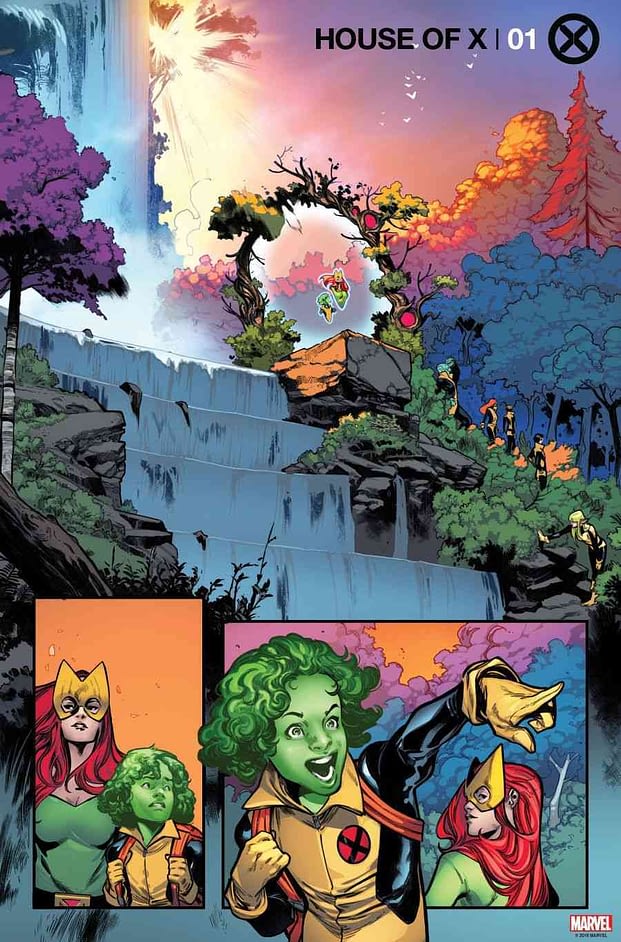 Both comics launch this July. Below, see the covers for the first three issues.

House of X #1
(W) Jonathan Hickman (A/CA) Pepe Larraz
FACE THE FUTURE! Superstar writer Jonathan Hickman (SECRET WARS, AVENGERS, FANTASTIC FOUR) takes the reins of the X-Men universe! Since the release of Uncanny X-Men #1, there have been four seminal moments in the history of the X-Men. Giant-Sized X-Men. X-Men. Age of Apocalypse. New X-Men. Four iconic series that introduced a new era for Marvel's mutants and revolutionized the X-Men. In House of X, Charles Xavier reveals his master plan for mutantkind…one that will bring mutants out of the shadow of mankind and into the light once more.
Rated T+
In Shops: Jul 24, 2019
SRP: $5.99 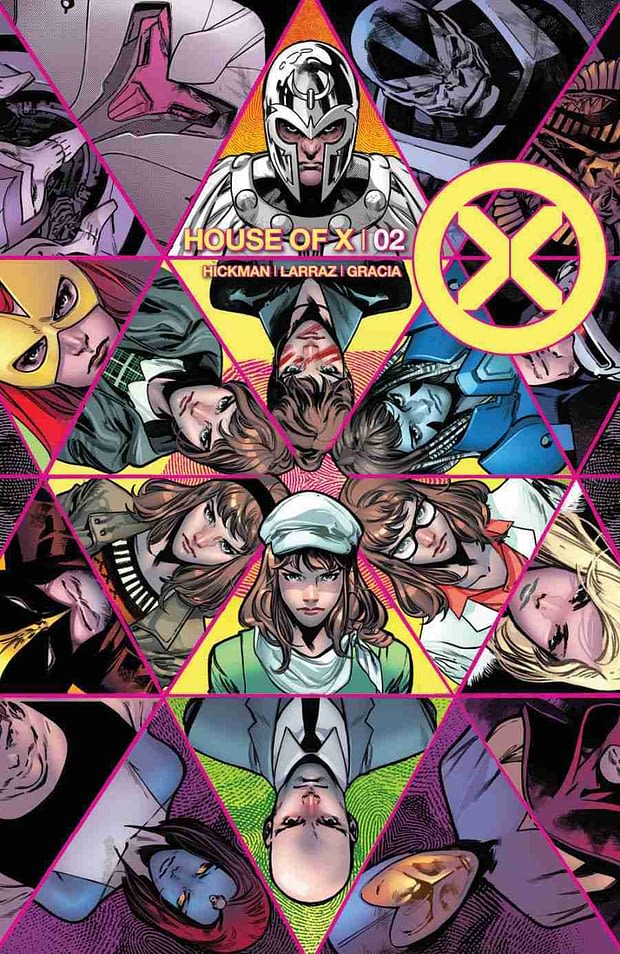 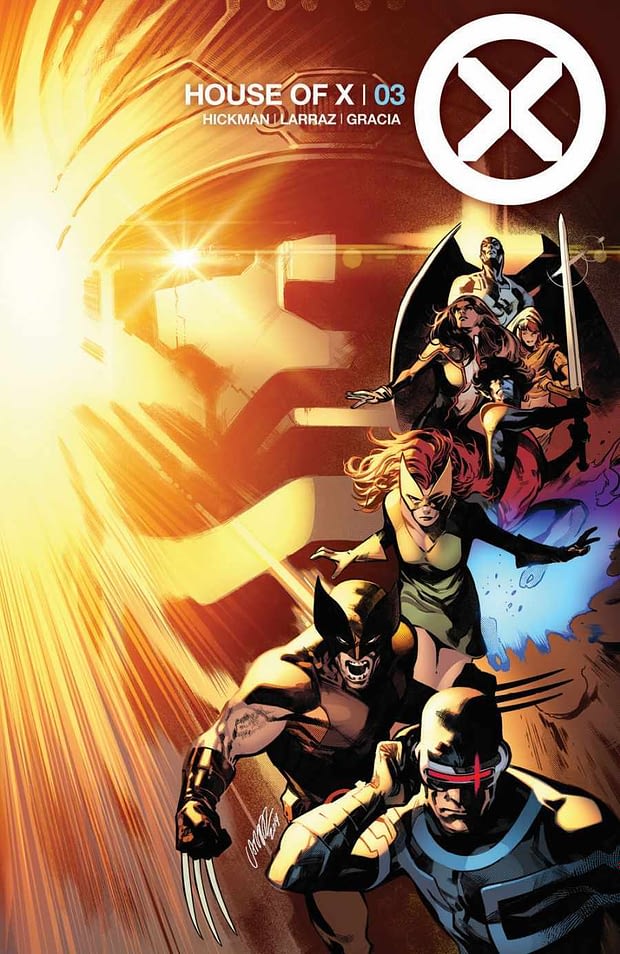 Powers of X #1
(W) Jonathan Hickman (A/CA) R. B. Silva
FEAR THE FUTURE! Superstar writer Jonathan Hickman (INFINTY, NEW AVENGERS, FF) continues his revolutionary new direction for the X-Men. Intertwining with HOUSE OF X, POWERS OF X reveals the secret past, present and future of mutantkind, changing the way you look at every X-Men story before and after. You do not want to miss the next seminal moment in the history of the X-Men!
Rated T+
In Shops: Jul 31, 2019
SRP: $5.99 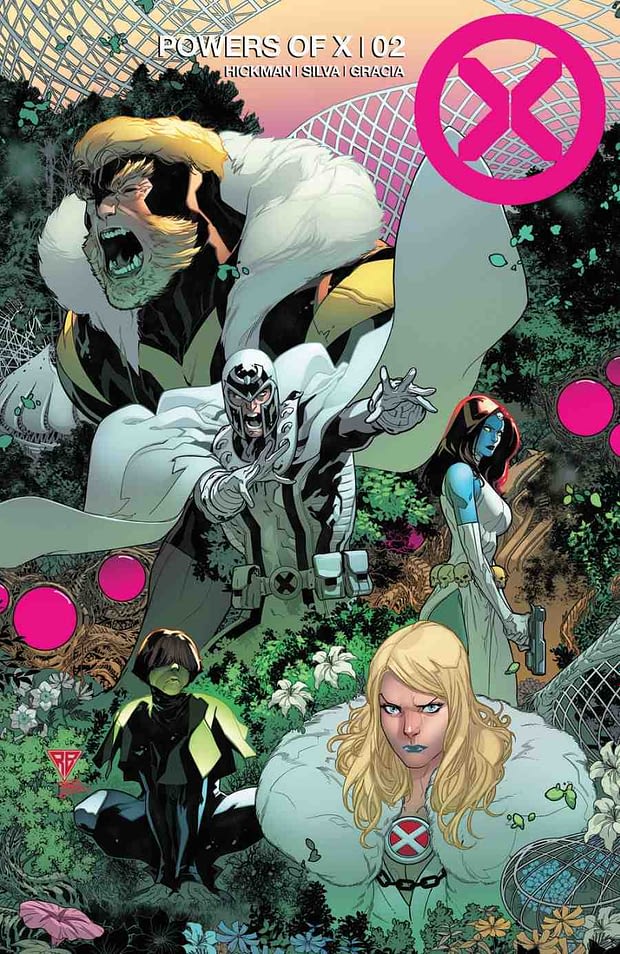 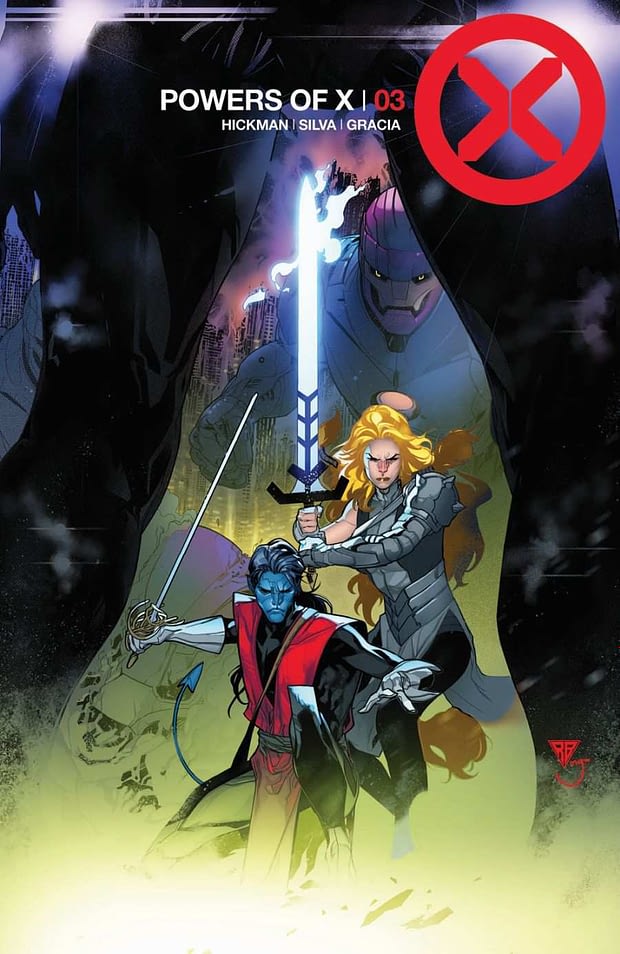 Because U demanded it (or at least probably someone did), Rey and Dominik Mysterio will challenge for the tag belts at WrestleMania Backlash.

AEW is planning for a full capacity crowd at Double or Nothing in May, while a new report claims SummerSlam could usher in the return of live touring for WWE.

This week's episode of Impact Wrestling had implications for all the title belts with the Under Seige Impact Plus special less than two weeks away.

Finally, Eminem will be in an X-Men comic as Marvel announces celebrity guest appearances for the upcoming Hellfire Gala crossover event.

Marvel has revealed the first look at Carmen Carnero's variant cover for The United States of Captain America #1, launching in June.

AEW is returning to its roots as a t-shirt company with new global online merchandise shop offering 400+ t-shirts to 224 countries.

J.C. Leyendecker's cover for the November 21, 1914 issue of The Saturday Evening Post, has sold for a record $4.1M at Heritage Auctions