Ghostbusters: Afterlife is the best possible way to approach reviving franchises. It has plenty of reverence for the previous movies, but it's the new stories told with plenty of heart and good characters that really cements it as an excellent movie.

Director: Jason Reitman
Summary: When a single mom and her two kids arrive in a small town, they begin to discover their connection to the original Ghostbusters and the secret legacy their grandfather left behind.

There is a fine line to walk when it comes to doing a soft reboot or a "years after the fact" sequel to an established franchise with a very vocal fanbase. You need to have a certain reverence for the source material that shows that you at the very least respect it, but at the same time, you also need to bring lots to the table so you can try and bring in new fans as well. Ghostbusters: Afterlife might be one of the best examples of one of these sequels. There is a lot of love for the original source material, but the first two movies aren't the point of this movie. You can go into this movie without seeing any of the previous movies, and you'll like it just as much as a fan will. The connections between the two are explained, so regardless of your knowledge level, no one will be alienated. It also doesn't spend too long on these explanations so established fans won't get mad. It's clear that this movie is here to be its own thing first and a sequel second which is the best possible way to approach this, and they absolutely pull it off.

That's not to say that this isn't a movie for fans because it absolutely is. It just does it in a way that won't make new fans feel like they are being left out. There are so many easter eggs and little things hiding in the corners of this movie that people are going to be picking it apart for a long time. These easter eggs are shot in a way that if you're looking for them, you'll know they are there, but there isn't a long lingering shot that will make someone who doesn't get the joke feel like they're missing something. Ghostbusters: Afterlife is trying to be a lot for many people, including being a family movie and not a kids movie. The original films also fell under this definition, which means that there is plenty here for everyone to like. This is a movie that is going to be enjoyed by the kids in the theaters just as much as the adults, which is not as easy as one might think.

The script for Ghostbusters: Afterlife does some serious legwork on that aforementioned line walking, and does it exceptionally well. The jokes don't go for the lowest hanging fruit, and our main character is someone who is clearly too bright for the world around her. They never shame her for being smart, though, and it's never presented as a fault of hers, but a fault of the people around her. The teenagers are written as awkward little dorks, just like teenagers actually are. We have a single mother, and the movie never shames her for not having her life together. It's clear that she's struggling, but it's never implied that she's somehow failing as a mother because of it. The script as a whole doesn't just respect the source material, but it also respects the characters and the audience itself and shows that it can aim a little higher.

The already excellent script of Ghostbusters: Afterlife is made better by an excellent cast. Mckenna Grace as Phoebe walks away with pretty much the entire movie, which is really impressive considering the caliber of talent that we have here. She is a movie star through and through, and you are rooting for her to succeed in whatever way she wants as soon as she appears on screen. Finn Wolfhard as Trevor is the lanky older brother trying to figure out who he is, and Carrie Coon as Callie, their mother, are all excellent. Their chemistry as a family and their dynamics are incredibly believable. Paul Rudd is doing his usual, but he isn't in as big of a role as some of the marketing has made it seem. He's good here, but he's not the main player at all. And of course, the returning cast of Bill Murray, Ernie Hudson, and Dan Aykroyd all understood the assignment; they know this movie is only a little about them, but their characters are utilized in a way that they aren't going to steal the thunder of the kids.

There are a few stumbles along the way for Ghostbusters: Afterlife but nothing that is a dealbreaker. The beginning of the movie can take a little while to get going, which makes the first act feel a bit long. The Mini Stay-Puff Marshmellow's are clearly channeling the Baby Groot or the Minions thing and are probably some of the most blatant "this is to sell toys" that you might see the entire year. Fortunately, they are utilized in decent ways, and they aren't a massive part of the movie, but there is a bit of dissonance for the adults because you know that kids are going to want a billion of these for Christmas. If you think your kid is going to like these things, go buy them for the holidays now. They are probably going to be hard to find by the time November rolls around. The script is very good, but the story can be a little overly complicated at times for people with absolutely no knowledge of the previous movies. Still, kids aren't going to notice, and adults will likely only be distracted for a little while before the film moves on.

Ghostbusters: Afterlife could have been an easy cash-in for everyone involved and relied entirely on the fans of the original to get a decent box office. They didn't know, they put in the work, and they put in the effort, and it all pretty much works. It's one of the best movies of the year and is going to bring in a whole slew of new Ghostbusters fans to the party while leaving old fans satisfied. The ending is a gut punch that will not be spoiled here, and fans more so than anyone should make sure they stay through the credits. 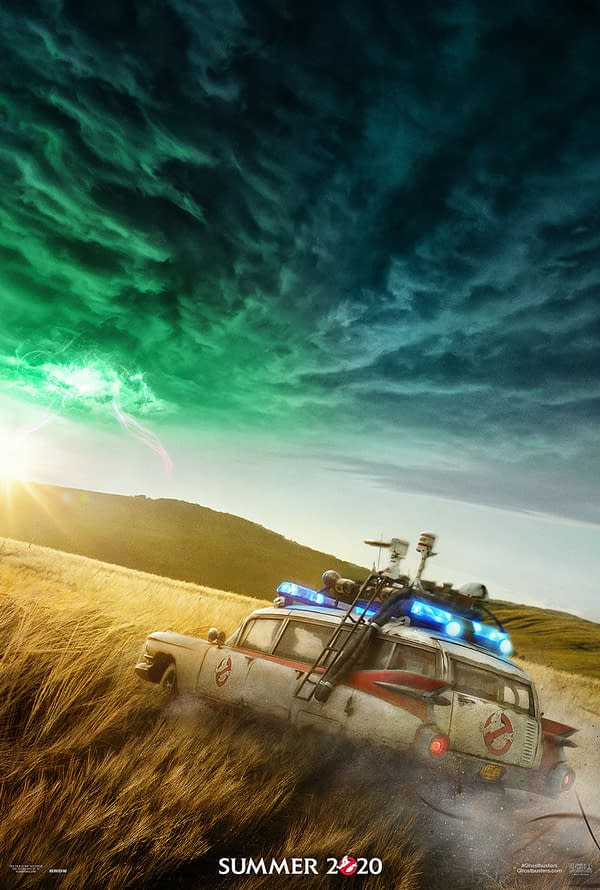 Review by Kaitlyn Booth
9/10
Ghostbusters: Afterlife is the best possible way to approach reviving franchises. It has plenty of reverence for the previous movies, but it's the new stories told with a lot of heart and good characters that really cements it as an excellent movie.

The League of Extraordinary Gentlemen Reboot in the Works

20th Century Studios and Hulu are working on a reboot of The League of Extraordinary Gentlemen. It will reportedly return to the core comics for the take.

Lucasfilm Has Learned The Wrong Lesson From Solo: A Star Wars Story

Kathleen Kennedy and Lucasfilm appear to have learned the wrong lesson from the "failure" of Solo: A Star Wars Story.

When it comes to Star Wars on the big screen, Taika Waititi's film will likely be the first to appear, with Rogue Squadron coming later.

The League of Extraordinary Gentlemen Reboot in the Works

20th Century Studios and Hulu are working on a reboot of The League of Extraordinary Gentlemen. It will reportedly return to the core comics for the take.