The Tragedy of Macbeth is a masterpiece of incredible set design, fantastic lead performances, and giving the classic play that A24 horror sheen that makes all of their movies just a little unnerving.

Director: Joel Coen
Summary: A Scottish lord becomes convinced by a trio of witches that he will become the next King of Scotland, and his ambitious wife supports him in his plans of seizing power.

When it comes to adapting source material that people are incredibly familiar with, you need to go about it in a different way. You cannot just adapt the thing because we've all seen this before and that's especially true when you're talking about something like Shakespeare. There are several different ways to approach something like this, and Joel Coen decided that he was going to not only lean into style, but he was also going to lean into the performances of his actors. We all know Macbeth, but now we're going to see an entirely different version, and that version is beautiful. Coen made the decision to shoot the movie entirely in black and white and took advantage of it. The thing about shooting in black and white is that it's actually rather challenging to make look good. Coen knows how to angle his camera and take advantage of the light, so the black and white really works for this. It adds to the overall atmosphere of the movie and the sinister feeling that you know something terrible is going to happen.

Coen also uses some absolutely insane-looking sets in The Tragedy of Macbeth. He is not going for realism here; there isn't a moment on screen where it looks like this is supposed to be anything more than a movie or perhaps a filmed performance. The stars in the sky look like someone put up a black sheet and poked holes in it. These sets amplify the surrealism of the shadows from the black and white and Coen's masterful directing. They look both like they belong on a stage, but they also have depth to them. Everything from the costume design to the sets is simple but elegant. This isn't some over-the-top period piece; the dresses and the crowns look like dresses and crowns that actual people could wear in their day-to-day life. Or, wear while on stage in this case. The simplicity doesn't take away from the surrealism of what we're watching on screen, though. Coen combines all of these elements into atmosphere. A24 is known for its movies that have a particular style, and this is undoubtedly Shakespeare by way of A24. There are moments that feel like they are straight out of a horror movie, and the tension throughout everything is much more heightened than in previous adaptations of Macbeth. The corruption of both of these people feels much more like a descent into madness, with this fog clouding everything around them.

Another excellent decision that Coen made was to age up Lord Macbeth and Lady Macbeth. They also decided to bring in two of the best actors of this generation as well. Denzel Washington is often known by some for his roles in action movies, and he is incredible in those roles, but this is where we really get to see the actor in Washington shine. He is captivating when he is on screen, and there isn't a moment when you want to look away from him. He's a man who wants everything, and in pursuit of that, he loses everything. Francis McDormand has just been on fire in recent years, and it's so lovely to see her in such a different role. She was made for Shakespeare, and she does a wonderful job of capturing just how power-hungry Lady Macbeth is. Their chemistry is lovely, and while you might not believe they are each other's great loves, they are steadfast to each other and are willing to support one another no matter one. The rest of the supporting cast of The Tragedy of Macbeth is also fantastic and features Bertie Carvel, Harry Melling, Corey Hawkins, and Miles Anderson.

However, if there is someone that really elevates this movie and really brings that "A24-ness," it is Kathryn Hunter doing double duty as the Witches and the Old Man. Coen and his team really lean into the fact that these Witches are supernatural and not of this world. If the sets and the way that Coen is shooting make the movie feel surreal, Hunter and the Witches take it to another reality. She contorts her body into ways that don't make sense, and when she stares across a field, you can't look away, and you also know, instinctively, that this person is dangerous. Anytime Hunter is on screen in either of the two roles she is playing, she is magnetic. She is the best part of The Tragedy of Macbeth, and there is already a lot to love. You won't forget a lot after seeing this movie, but Hunter's Witches will be right at the top, and it's going to be hard for anyone else to top what she did with that role, even just on a physical level.

The Tragedy of Macbeth is one of those movies that is going to make the English majors and the Film majors in your life extremely excited. It's exactly what you need to do when approaching established material; do something completely different, and that is what A24 and Coen have done here. It's a faithful adaptation where all of the individuality comes from the execution and not any changes to the source material. Coen has added a few things here and there, but for the most part, this is Shakespeare's play presented in a beautiful new format. It's beautiful, it's haunting, and it has some of the best performances of the year.

The Tragedy of Macbeth 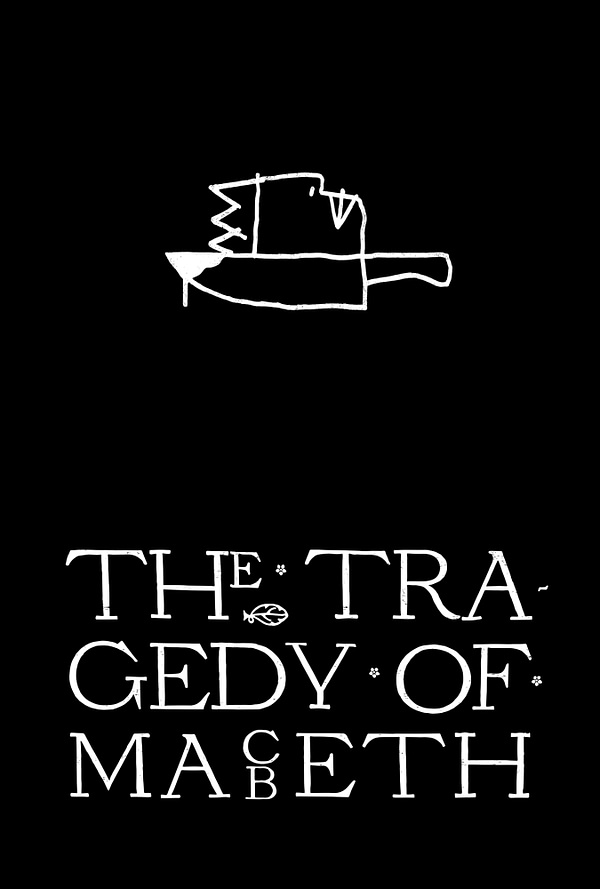 Review by Kaitlyn Booth
10/10
The Tragedy of Macbeth is a masterpiece of incredible set design, fantastic lead performances, and giving the classic play that A24 horror sheen that makes all of their movies just a little unnerving.