Vacation Friends arrives on Hulu today about a decade and a half too late. I say that as a compliment: if this film had released in, let's say 2008, it would be one of the biggest hits of the summer. Alas, it is 2021 and while there are a few laughs to be had for sure, this is a horribly uneven mess of a film. Almost from the start, there are so many leaps in logic story-wise you have to make to commit to the ride this film takes you that you spend the first 45 minutes wondering if it is going to be worth it to keep going. It isn't.

Almost all of the laughs in the film come from John Cena, who really lets himself go and explore the kind-hearted douchebag that he originally played when he was first introduced to us in the WWE. He has some genuine good moments in this film, which feels like a vehicle for him 100 percent. Ditto for Meredith Hagner and Yvonne Orji, who also have their moments to shine. Lil Rel Howery though, one wonders what he was thinking every day on set. He is all over the place the entire film, and he takes a back seat to the other three the entire run of the film, which is a problem because he is supposed to be the center of it.

As far as the comedy in the film, sure there are a few good one liners in there, but most of the jokes and set-ups feel like jokes cut from SNL sketches the past five years. There is no real story here, just moments to get to the next joke. And one of the central plotlines of the film is centered around a situation where consent comes into question, played for laughs multiple times, and it feels very icky. I usually do not have a problem with cringe comedy, but we all have limits and those kinds of jokes are irresponsible and disappointing to see. It for sure feels like this is comedy by committee, and it would have been better to see Vacation Friends have more focus and one clear voice coming through.

Honestly by the time Vacation Friends ends, you feel like you were sitting in front of it for twice its runtime and you just kind of want to forget the experience. All the players here are better than this, and hopefully their next work is more stimulating, cause this was not it. 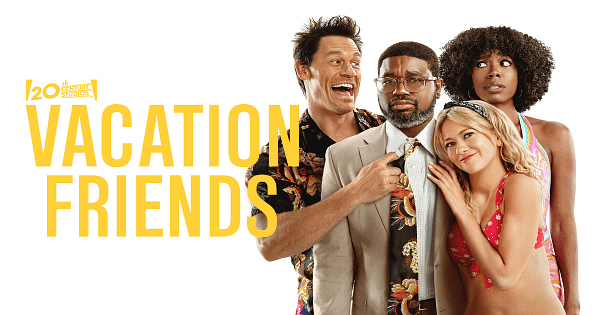 Review by Jeremy Konrad
2/10
A few laughs for sure, but this mess of a film arrives about 15 years too late, along with some uncomfortable, problematic humor. Vacation Friends is skippable.

A CGC Milestone Edition of Amazing Fantasy #15 is taking bids at Heritage Auctions right now, and it is pretty cool.

The big debut of Omega Red is taking bids at Heritage Auctions today. Do you think he is used enough in comics?

We got a huge Bring Home The Bounty package form Hasbro to unbox and show you, Star Wars fans! Check out all the goodies!

Some wonderful Jack Davis monster album artwork is taking bids right now at Heritage Auctions, so go get a bid in.