Proving you can't keep the season premiere of a beloved, long-running children's show down for long, it appears PBS Kids show Arthur episode "Mr. Ratburn and the Special Someone" will be seeing the light of day for more lucky viewers in Alabama after all – and you can thank the Methodists for it! A little more than two weeks after Alabama Public Television (APT) refused to air the episode because it contained a same-sex wedding (more on that below), the First United Methodist Church of Birmingham is screening the episode and hosting a watch part for the community.

Partnering with the Sidewalk Film Festival and Shout LGBTQ Film Festival, the church will screen the episode on Saturday, June 15th at an event that will include "wedding cake, sparkling apple juice and surprises." The screening a free, all-ages event – and you can find out more about the event on its Facebook page (here).

Alabama Public Television (APT) refused to air season premiere over issues with "content" after viewing the episode, running a rerun in its place. This isn't the first time the APT has had issue with the series: in 2005, an episode that featured a character with two mothers was also pulled from airing. 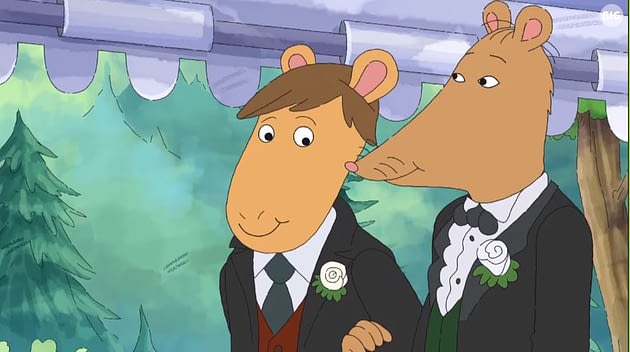 In a statement released to AL.com, APT Director of Programming Mike McKenzie cited a "violation of trust" argument and a claim of "in loco parentis" to the parents of the state to explain the decision:

"Parents have trusted Alabama Public Television for more than 50 years to provide children's programs that entertain, educate and inspire. More importantly — although we strongly encourage parents to watch television with their children and talk about what they have learned afterwards — parents trust that their children can watch APT without their supervision. We also know that children who are younger than the 'target' audience for Arthur also watch the program.

The vast majority of parents will not have heard about the content, whether they agree with it or not. Because of this, we felt it would be a violation of trust to broadcast the episode." 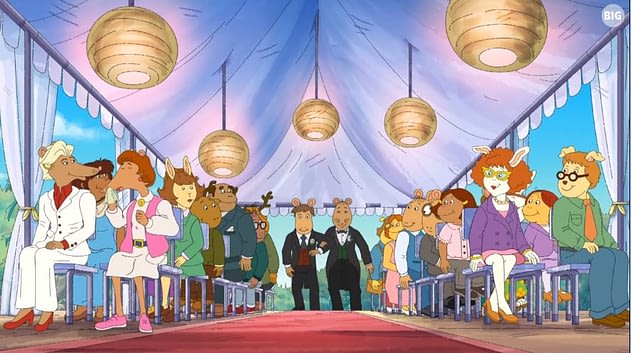 "With LGBTQ visibility at an all-time high on television, including in the Kids and Family Programming genre, this attack to censor content is not only mean-spirited, it's a losing battle. The uptick of LGBTQ characters and stories on kids TV shows has been met with praise from families of all kinds, and media need to put context to the extremely fringe anti-LGBTQ organizations and individuals who speak out against any inclusion. TV worlds often reflect our actual world and today that includes LGBTQ parents and families. LGBTQ parents and their children deserve to see themselves reflected in media and if leadership of this public broadcasting station cannot serve the interests of the entire public, it's time to find someone who can."

In the Arthur season premiere "Mr. Ratburn and the Special Someone," Arthur and his classmates find out that Mr. Ratburn is getting married. After overhearing a conversation between him and (who they assume is his fiance) overbearing Patty (special guest Jane Lynch), they fear that she will make him a stricter teacher. To combat this, the kids try to intervene by giving Patty an embarrassing video of Mr. Ratburn. When that fails, they attempt to set him up with the school librarian instead… to no avail. 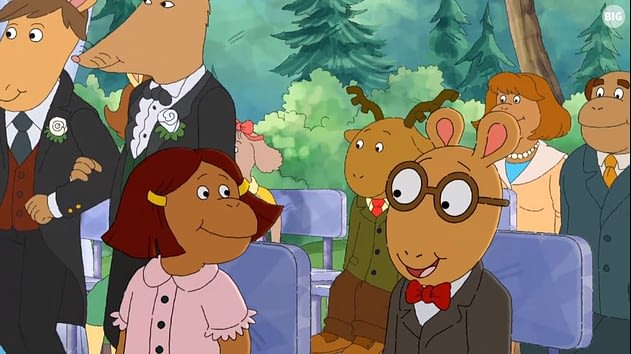 It's not until they are all at the wedding that they realize their mistake: Patty is Mr. Ratburn's older sister, and he is really marrying Patrick: an aardvark and owner of the local artisan chocolate shop. Arthus and his "crew" are left feeling both relieved about their teacher situation and thrilled their teacher is happy.

Anvil: the Story of Anvil Shines a Light on Metal 13 Years Later

The re-release of the Anvil documentary shines a light on the struggles of a forgotten, aging Canadian heavy metal band who never gave up on their dreams.

If you didn't get a chance to check out the "Bunny Hutch" party during Dragon Con 2022, here's a look at just some of the highlights.

Here's just a sample of the cosplay on display during the first day of Dragon Con 2022, including Wednesday, Peacemaker, Moon Knight & more.

Bluey Slow-Roasts Peppa Pig in So Many Wonderfully Unhinged Ways

Never known to shy away from the "hot takes," we address the fact that Bluey is far better than Peppa Pig in so many ways. Here's why...

With The CW's Katherine McNamara & Matt Barr-starring Walker Independence premiering next week, we have preview images for S01E01 & S01E02.

In the following sneak peek at Rick and Morty S06E05, Rick looks to the power of the moon (and to save money) for help with Jerry's disguise.