In the eighth and final episode of AMC's Kevin Can F**k Himself, the aftermath of a home break-in leaves many feeling different, concerned, and for one particular person it doesn't change a thing. Same as in my previous review, in the case you found your way here before watching the episode, consider this the point where I turn on the "MAJOR SPOILERS AHEAD!" sign. Now that that is out of the way…let's get to talking about this episode.

The season finale of Kevin Can F**k Himself started out quick and then suddenly slowed down, I wasn't sure at first what to expect. I first expected Allison to attempt a relationship with Sam again, but her character grew away from that expectation. Instead, one of the most profound moments came from her heated talk with him behind the restaurant during Kevin's "Meat & Greet" to run for city council. Stepping away from the trope of being saved from one relationship to go to another one, the series gave its' lead the complexity she deserves. It didn't coddle her though, the argument with Patty towards the end gave us a look at the selfish ways Allison's character can act on her way to freedom from a Kevin-free life. I found myself torn between the two. Patty's argument over the selfish and sometimes controlling methods of Allison was solid. The raw and disruptive emotions on screen in that scene were phenomenal, with Mary Hollis Inboden (Patty), delivering anger and heartbreak in such a compelling way.

The acting was fantastic, using each moment to progress the story to the safety of a sitcom-inspired world as it got more and more confusing for them. When we basically crash out of that world, it is done effectively and has impressively smooth direction and editing. As the audience, I felt connected to this world through the tension & disappointment, because the characters I love have flaws. Well done characters can do that to us, they can upset us or thrill us because the pieces from writing to acting come together and fit so well when done right. Kevin Can F**k Himself has taken the conventional foundations of television and twisted them into an experience that generations from now people will continue to attempt to master. I had so much fun watching this season finale, and in the end that is worth so much for a show's success. I'm looking forward to more from this team and series because if we're being honest? I need to hate-watch more of Kevin-involved scenes. 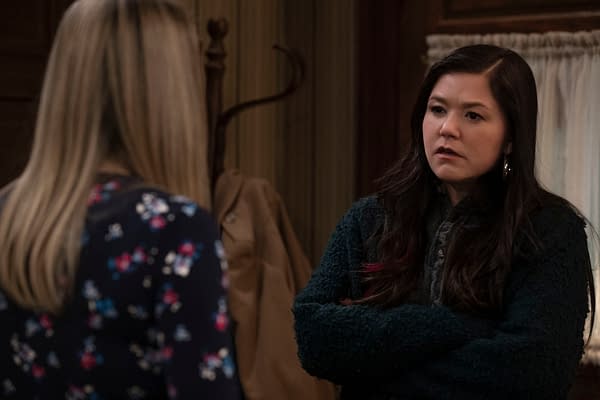 Review by Brittney Bender
10/10
AMC's Kevin Can F**k Himself had a first season finale that confirmed its' place as an impressively creative force on the television landscape. With phenomenal storytelling, acting, and editing, this episode rewarded and intrigued audiences with an ease that's impressed us all season long.
Credits
Network
AMC

In a follow-up statement, Ric Flair continued denying he forced himself on anyone but said he's "made some terrible decisions" in the past.

This evening, pro-wrestler Ric Flair took to Twitter to issue a statement denying the allegations made against him on Dark Side of the Ring.

In the following preview for The CW's DC's Stargirl, Yolanda's growing guilt over Brainwave's death leads her to a major decision.

Director Pete Chatmon took to Instagram to confirm that filming on Block 3 of FXX's It's Always Sunny in Philadelphia Season 15 has wrapped.