Amidst the very messy movies and the hit-or-miss endings of the television shows, phase four of the Marvel Cinematic Universe has also introduced the concept of the Special. We got our first one last month with the introduction of Werewolf By Night, which was one of the best things Marvel Studios has ever made. A tight under-an-hour homage to classic horror movies that was beautifully shot and just kicked ass from start to finish. We got our second of the specials this month with The Guardians of the Galaxy Holiday Special. While not as perfect as Werewolf By Night, it is a lovely little hour of holiday cheer that gets you right in the feels in a way we should expect from James Gunn while also teasing what could be on the horizon for Guardians of the Galaxy Vol. 3.

The Guardians of the Galaxy Holiday Special isn't very long, so we don't get a ton of time with the characters, but the focus of this special is someone who has been regulated to a side character since we've known her, and that's Mantis. She has figured something out about herself that she's struggling with and is concerned that it will impact the friendship she is forming with Peter. Things are a little tense right now because Gamora is still missing, and the Guardians are in charge of Nowhere now, so they need to make sure that it's a safe place for people to live. Drax is along for the ride, and as always, Dave Bautista kills it in the role, but Mantis and Pom Klementieff are the ones that shine. She is given a chance to really explore an emotional range that we haven't had the chance to see from the character yet.

It's fun to put her with Drax because the two play off each other very well. Mantis is a bit naive regarding her knowledge of the universe around her. Drax is so literal that he can come across as rather innocent despite being a hardened warrior. Mantis was the one who helped draw Drax out of his shell during Guardians of the Galaxy Vol. 2, and the moment when she touches him and she feels the depth of his pain that he never really expressed is one of the best parts of that movie. They are a fantastic duo here, and their motivations for why they are on a mission to kidnap Kevin Bacon are as pure as they can get.

It's not just Mantis and Drax in this special though they are the main characters. We get the first introduction to Cosmo, who is the "goodest" pup in the entire galaxy and destined to be the breakout character of Guardians of the Galaxy Vol. 3. We also see a new version of Groot running around who appears to be out of his skinny teenage phase and is now in his "some of my limbs have grown, and the others haven't caught up yet" phase. Nebula running around with the Guardians and being a member continues to be the best move that Gunn made. She has such good interactions with the rest of the cast. It's also good to see Kraglin get a little love in The Guardians of the Galaxy Holiday Special as well.

It's Christmas Time…Whatever That Means

The special spends no time explaining what the "real" story of Christmas is because that isn't the point. The entire special isn't about explaining Christmas to the Guardians or the kidnapping of a Hollywood legend; it's more about that feeling when you do something nice for the people you care about. Unlike Werewolf By Night which had a clear set of villains that had motivations, this is a pure Christmas special, and the only villain that exists is good intentions that are kneecapped by question execution. If you're here expecting any sort of villain or anything like that, you're showing up to The Guardians of the Galaxy Holiday Special with the wrong frame of mine. It's a holiday special first that just so happens to feature Marvel characters. The only thing that can be a little clunky is the pacing because this isn't a traditional structure. So despite being less than an hour, it can feel a little long in not a good way toward the middle, but the antics are never unamusing to watch.

And it wouldn't be a Gunn story without an absolutely kickass soundtrack. If you were expecting anything less at this point, then you're also coming into this with the wrong mindset. The OST list has already been released publicly, and they managed to pump many songs into its runtime. The songs also aren't here as ambient noise either; they are part of the story the same way the two Awesome Mixes were part of the first two Guardians films. The original songs are also incredibly well-written and quite amusing to listen to.

The Guardians of the Galaxy Holiday Special isn't as transcending as Werewolf By Night, but for holiday fans and Marvel fans, it's a ton of fun and very cute. It gets you right in the feels the way you expect from anything in the holiday season, provides some neat sneak peeks about what could be on the horizon for the final adventure for these characters, and gives one of the supporting players a chance to shine. So far, Marvel is 2/2 on these specials, which is a better rate than the shows or movies have had in phase four. We can hope that they will continue to allow creatives to explore new genres and characters in more specials once phase five starts with Ant-Man and the Wasp: Quantumania next year. Also, make sure to stay through the credits.

The Guardians of the Galaxy Holiday Special 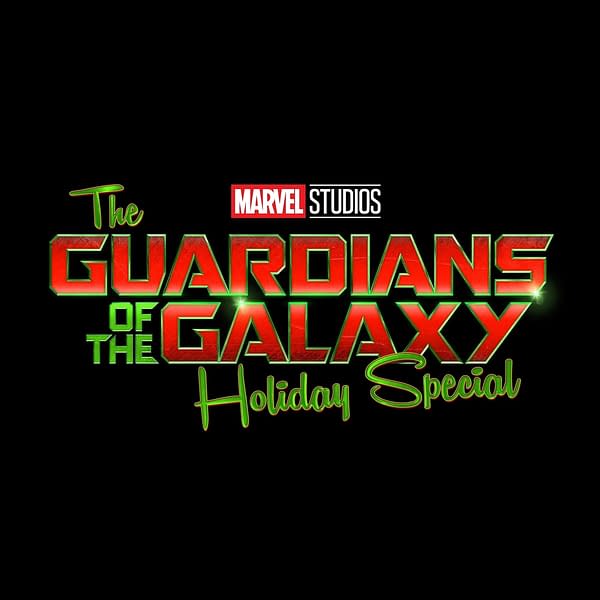 Review by Kaitlyn Booth
9/10
Mantis is the heart of this adorable little holiday special that isn't about explaining what Christmas is as much as what it means to do something nice for the people you care about...even if that includes kidnapping Kevin Bacon.