WWE Raw this week marked the start of a New Era (TM) in WWE, with Crown Jewel over and the post-draft rosters finally in place. So how different was this week's show than Raw in the Old Era? Are you asking that question with a straight face?

Big E kicked off the New Era (TM) of WWE Raw with with a promo (wow, that never happened in the Old Era), which was interrupted by Seth Rollins to challenge Big E, which was interrupted by Rey Mysterio, Finn Balor, and Kevin Owens, all of whom whom wanted to challenge Big E instead. There's only one way to settle that: with a four way match. But because this is a New Era (TM), and because WWE is desperate for ratings after losing head-to-head with AEW, it would have to be a ladder match.

Zelina Vega, who unlike other Robin Hoods can speak with a British accent, beat Doudrop in a two-minute match via illegal scepter shot. Ha! In the Old Era, women's matches lasted two minutes top, but now in the New Era (TM), they last two minutes and thirty seconds! In your face, sexism!

Okay, get ready to have your mind blown, folks. In the Old Era, we've been seeing Biana Belair and Becky Lynch feud over the Smackdown Women's Championship… but that shit is old news, because now, in the New Era (TM), they are feuding for the Raw Women's title, as evidenced by a promo between the two of them that turned into a brawl.

Damian Priest faced T-Bar in a non-title match, which would normally be a signal that the champ will lose, but because this is a New Era (TM), the match ended in DQ instead when T-Bar through a chair at Priest. Could this New Era (TM) be any more different than the old era? I'm betting Raw gets a 1.5 in the demo for this show.

Fucking Bearcat Keith Lee beat Cedric Alexander in a squash match. I'm sure Lee will toe the company line on social media, but deep down, I assume he is dying inside for this Bearcat shit. Oops, I mean, what a glorious way to ring in the New Era (TM) for the Bearcat!

Austin Theory squashed Dominik Mysterio in a match you totally didn't see at least three times in the Old Era.

RKBro beat The Dirty Dawgs to retain the Raw Tag Team Championships. Since this is the New Era (TM), I'm assuming they won't fight every week for the next eight weeks on Raw again.

Finally, Seth Rollins won the four-way ladder match, which, yes, technically followed the exact same formula as every multi-person WWE ladder match for the past fifteen years, but instead of happening on a PPV. it happened on Raw, and instead of fighting for a contract in a briefcase, they fought for a contact in an envelope. Why? Because THIS IS THE NEW ERA (TM)! Haven't you been paying any attention?

The New Era of WWE Raw represents the greatest status quo change since the McMahons named the WWE Universe as The Authority. Which is to say, it's exactly the goddamn same with slightly different people involved. Feel lucky you didn't waste your time watching this. 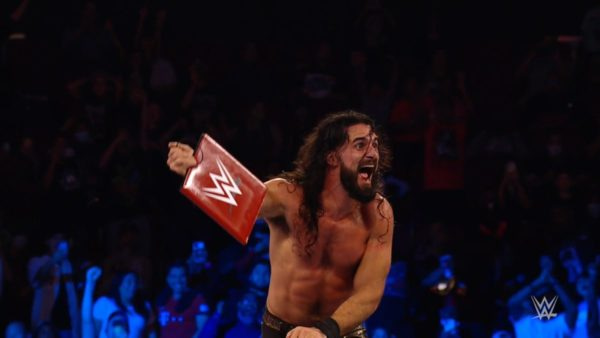 Review by Jude Terror
2/10
Nobody actually fell for this New Era crap, did they?