I enjoyed the first volume of Boys Run The Riot, a manga from Kodansha about a transgender high schooler named Ryo. Artist and writer Keito Gaku cleverly parallels Ryo's story with the story of Ryo's classmates in their struggle for acceptance in high school.

Boys Run The Riot's vector for self-expression is streetwear, which is novel to me. Ryo meets his class's delinquent (Jin) at a streetwear pop-up, and an uneasy friendship between the two begins. Ryo is shy and reserved; Jin is boisterous and comically energetic.

Series editor Tiff Joshua TJ Ferentini put an all-trans localization team for this English edition, and it was a good choice. I encountered no awkwardness in the dialogue or in describing the subject matter. Their team also included an interview with Gaku in the back, and it's illuminating to read directly from the author about how much research and work went into this version of the manga.

As for Gaku's art (and however many uncredited art assistants they may or may not use), I have few notes. There's one page where you get a sense of the characters just by the collars on their shirts. The collar of Ryo, the series protagonist, is fully zipped up, another character slowly coming out of his shell has his loosened collar along with his tie, and Jin, the most boisterous of all, has an open collar because he's wearing a t-shirt.

I closed volume one wanting to know what would happen to Ryo and Jin. I think you will too.

High schooler Ryo knows he's transgender, but he doesn't have anyone to confide in about the confusion he feels. He can't tell his best friend, who he's secretly got a crush on, and he can't tell his mom, who's constantly asking why Ryo "dresses like a boy." He certainly can't tell Jin, the new transfer student who looks like just another bully… The only time Ryo feels at ease is when he's wearing his favorite clothes. Then, and only then, the world melts away, and he can be his true self. One day, while out shopping, Ryo sees someone he didn't expect: Jin. The kid who looked so tough in class has the same taste in fashion as him! At last, Ryo has someone he can open up to—and the journey ahead might finally give him a way to express himself to the world. 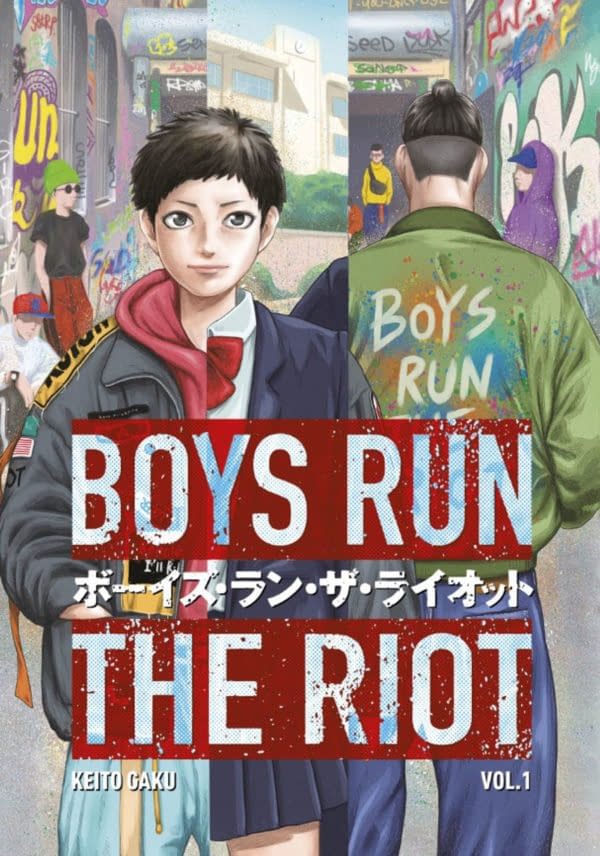