With Pearl III #1, the creators of Jessica Jones (Brian Bendis, Michael Gaydos) reunite for the next installment of their crime saga. Bendis, like it or loathe it, isn't a writer for a concise statement. It's aggravating, sure, but by virtue of practice and talent, Bendis makes it work. Or, one should write, the letterer Joshua Reed makes it work. In an especially egregious example, three people are talking over each other in a single panel.

Gaydos' painted pages look like they took time to make but aren't particularly eye-catching until there's a panel from Tokyo and some figurative light is let in by the occasional bright colors in the background. The scenes in Pearl's tattoo shop are slightly grey, a specific artistic choice that is probably right for the lighting, and the palate just doesn't pop.

And yet. Pearl III #1 is a comic made by professionals with decades of experience in all rungs of the industry. There are undeniable charming moments in the comic, like the Endo Twins (below) or Pearl's father gingerly explaining to his daughter that he's only the messenger for an order from Tokyo.

Pearl III #1 has an explosive finish, but it's too little, too late.

Fully painted by award-winning graphic novelist Michael Gaydos, Pearl is a very unique experience about an artist discovering all the secrets of the modern yakuza world she was born into by no fault of her own. After finding out the truth about her parents in previous volumes, the real question is, "Who is the ghost dragon of San Francisco?"

Get instantly caught up on every beautifully fully painted page of the book Comic Watch, AIPT, Comicosity, Comicsverse all gave a 10/10.

* From the creators of Jessica Jones! 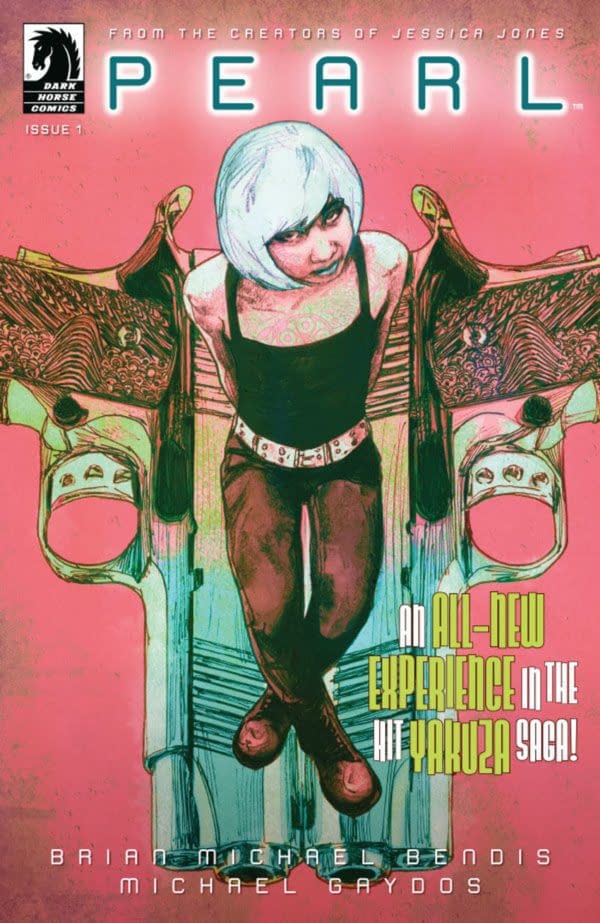