Home » Comics » There's No Self-Isolating On Krakoa, It Remains A Party Island (X-Force #9 and Excalibur #9 Spoilers)

In today's Excalibur #9. Pete Wisdom has a rather stereotypical view on life on Krakoa.

Brian Braddock isn't a mutant, you see. Only his siblings and his wife are. But how much nudity is there really on Krakoa, anyway, Pete Wisdom…? 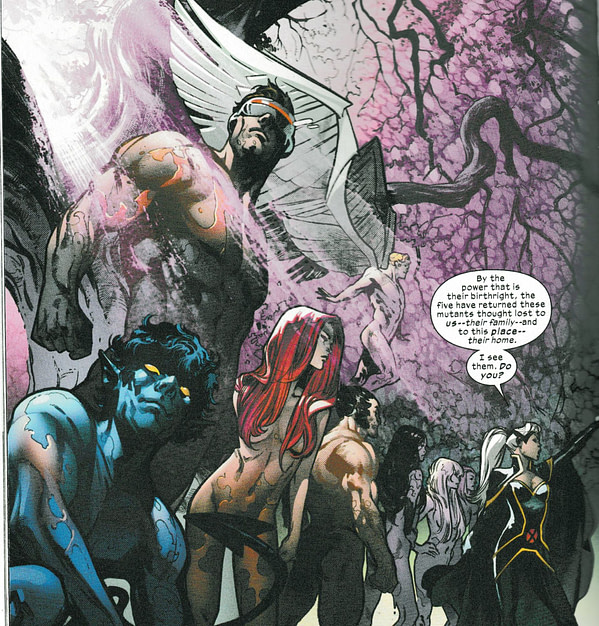 …. oh yes, point taken. And it does seem to be the reputation the island is getting… 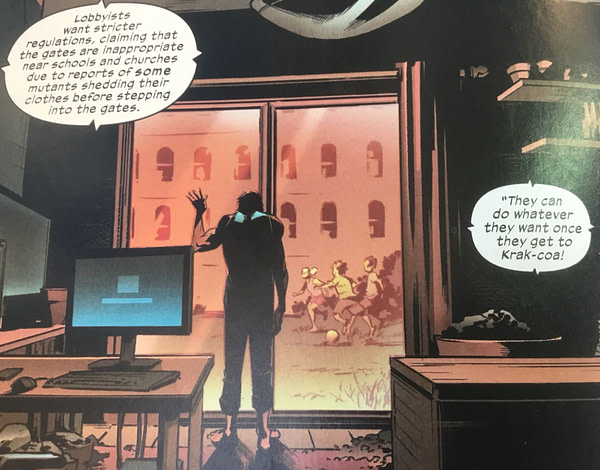 But nudity of not, as we have discovered of late, what Krakoa is really known for, whether in issues of Marauders… 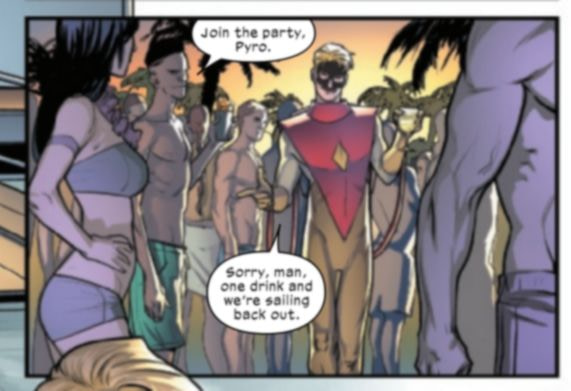 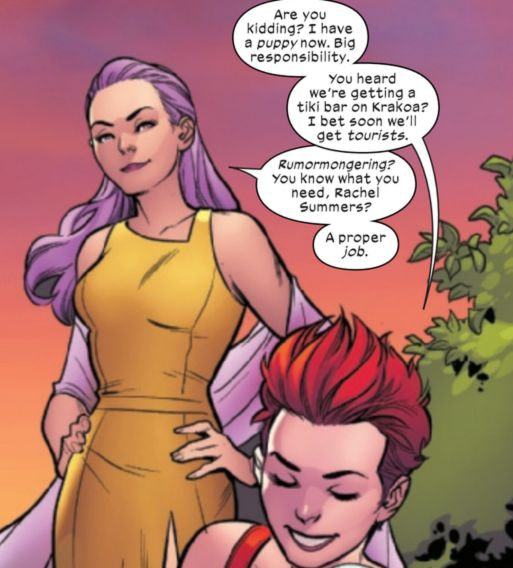 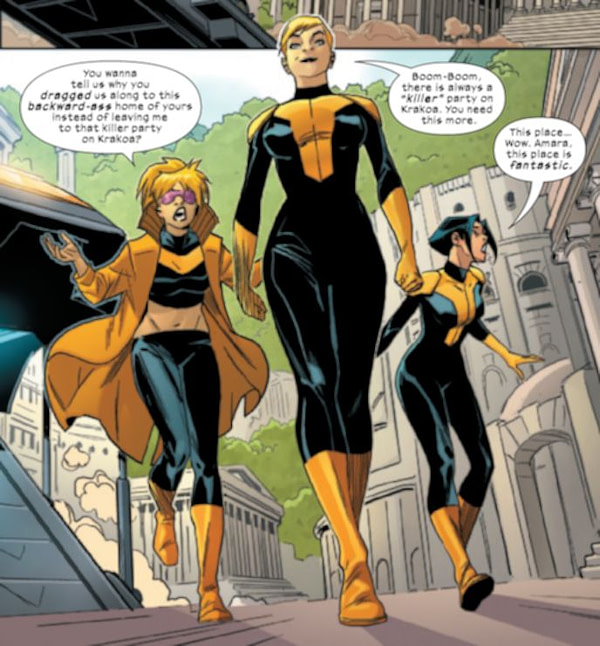 Spin the bottle, not for nudity, or making out, but self-harm. What could go wrong?

Party on Krakoa. Maybe those flowers have given them all coronavirus immunity? Still, at least Excalibur seem to be self-isolating.

Just leave something for when Excalibur gets home… they're just resorting to roasting their rabbits. No euphemisms…

X-FORCE #9 DX
(W) Ben Percy (A) Joshua Cassara (CA) Dustin Weaver
REAP WHAT YOU SOW!
In the heart of South America, X-Force finds a problem growing that threatens to destroy everything they've built… and one of their own might be responsible.
Parental AdvisoryIn Shops: Mar 18, 2020
SRP: $3.99

EXCALIBUR #9 DX
(W) Tini Howard (A) Marcus To (CA) Mahmud Asrar
HARK! THE HUNT FOR TRUTH
Excalibur emerges from the woods with a journey before them. Their destination: Starlight Citadel.
Rated T+In Shops: Mar 18, 2020
SRP: $3.99

X-Force #9 and Excalibur #9 are out today from Marvel Comics… I bought mine from the still-very-open Piranha Comics in Kingston-Upon-Thames. Piranha Comics is a small south London comic store chain with a small south-east store in Kingston-Upon Thames's market centre, which runs Magic The Gathering nights on Fridays, and a larger south-west store in Bromley, which also runs Magic nights and has an extensive back issue collection and online store. If you are in the neighbourhood, check them out.