Lightyear is one of the prettiest films of the year, with winning characters and a fun story that delivers on its odd premise. Unfortunately, it falls apart entirely in the third act, which is a complete letdown. Still, this is a worthy addition to the Pixar pantheon, and one can totally see why Andy would have fallen in love with Buzz in the Toy Story Universe.

Even walking into the theater, people asked if this was a Toy Story prequel. One of the problems that nobody can ignore about this film is just how badly Disney and Pixar dropped the ball in getting the word out on what this film actually is. The film starts with a perfect summation of what you are about to watch, as it tells us Andy got a toy in 1995 from his favorite movie and that this is that movie. That should have been the first thing they released from Lightyear and would have cleared up so much for some people.

It is easy to see why Andy fell in love with this film as well. This is a great space adventure film that one could argue is made for adults. The story features our hero, Buzz Lightyear (Chris Evans), as a bonafide Space Ranger, alongside partner Alisha Hawthorne (Uzo Aduba). When an accident occurs due to Buzz's carelessness, he strands a ship full of people in uncharted space. Trying to figure a way through hyperspace, he ends up…well, you will have to see it. He ends up having a full-blown adventure alongside Space Ranger cadets Izzy (Keke Palmer), Mo (Taika Waititi), Darby (Dale Soules), and lovable robot cat companion Sox (Peter Sohn).

All of the voice talent in this film is great. They all bring emotion and big laughs to the table, especially Waititi and Sohn as Mo and Sox. They steal the whole film. Evans is a great choice as Lightyear as well, his Captain America charm carrying over to this as well. There are no complaints there. And even though the themes of teamwork, workaholism, and family are beaten into you at every turn, it still works because of how strong the character work is.

Where the film grinds to a standstill and just kind of putters out is in the third act. The reveal involving the big baddie of the film, Zurg, is a little confusing at best and does not make sense. Because of that deflating turn of events, you just glided through to the credits, losing interest along the way. It is a shame; they really almost pulled this wacky concept off. A lot is borrowed from other Pixar as well. Fair warning: there is a scene lifted straight from Up that may have you reaching for tissues.

All in all, this is a fun film, though maybe not as gripping emotionally towards the end as they think it is. Lightyear is a cool concept and gorgeous to look at. The journey is almost worth the ride; not sure we need to go on it again, however. 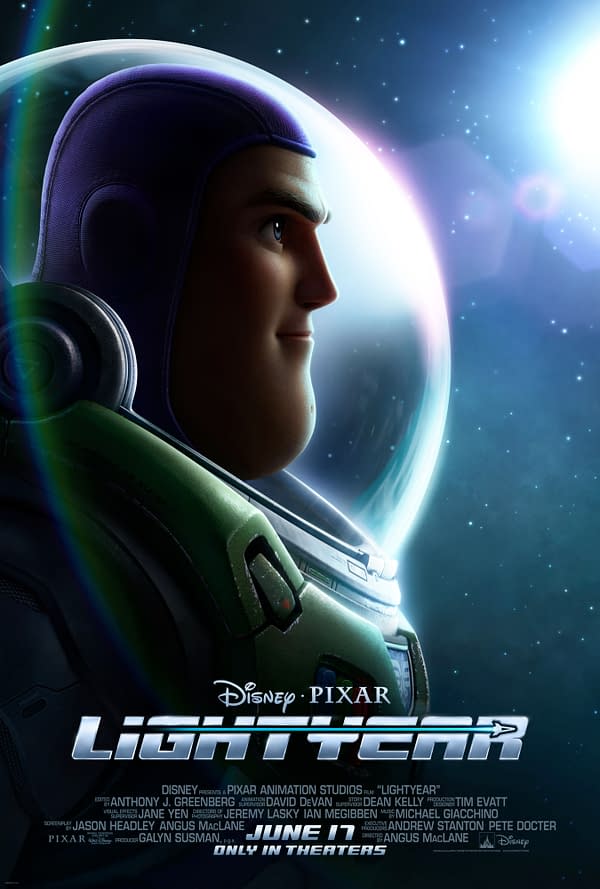 Review by Jeremy Konrad
7.5/10
Lightyear is fun, gorgeous space adventure that unfortunately falls apart by the end, which is a shame. Still a good time at the picture show, however.

DST and AEW have announced a new partnership for figures, statues, and more, including these new #Minimates of CM Punk and Sting.