The Monkey King Reborn is yet another telling of Journey to the West or The Monkey King. This time it's a Chinese CGI animated movie about the demigod Sun Wukong and his fellow demons as they escort the monk Tang Sanzang on his pilgrimage to India to collect the Buddhist scriptures to bring back to China.

The plot of this movie is a stop on their journey as Wukong, Bajie ("Pig"), and Sha Wujing ("Sand Priest") escort Tang Sanzang rest at a temple. The apprentices piss off Wukong with their snide remarks about his being a demon, so they steal holy fruit from their tree as a snack for him and his fellow demons. The resulting fight destroys a holy tree that was the prison of a Demon King who proceeds to take Tang hostage and threatens to call forth a demon army to destroy the world. Wukong and the party set out to rescue their master and free a spirit of Chi energy who is the only one who can imprison the Demon King again. The little spirit takes the form of an insanely cute foetus who becomes attached to the grouchy Wukong. Wukong is horrified to realise that the little spirit will have to die to stop the Demon King and does his best to bring down the Demon King on his own with disastrous results. Wukong has to learn to sacrifice something he loves to save the world and bear the karmic burden before everything can be restored.

Chinese CGI animation is going through a moment right now. It's become as slick as anything from Hollywood and Japan, and they're doubling down on fantasy stories that retell tales from Chinese folklore and Buddhist teachings. The Monkey King Reborn starts from comedy and raucous slapstick and gradually becomes more serious, then all hell (literally) breaks loose, and things get serious. This all-ages movie teaches Buddhist lessons that life is suffering and the need to let go of ego and attachments with a sentimentality that is shamelessly manipulative but completely typical of Chinese storytelling. The story of the Monkey King was a Tang Dynasty satire about greed, avarice, and violence on the way to Enlightenment, and even when everything explodes into epic CGI battles, those lessons are embedded in the story. This is a trend in Chinese animation now with movies like this one, New Gods: Nezha Reborn, Zhang Ziya, and this year's animation blockbuster Green Snake. It's definitely a trend and a crash course in Taoist Buddhism.

The Monkey King Reborn is out on VOD and Blu-Ray from Wellgo USA. 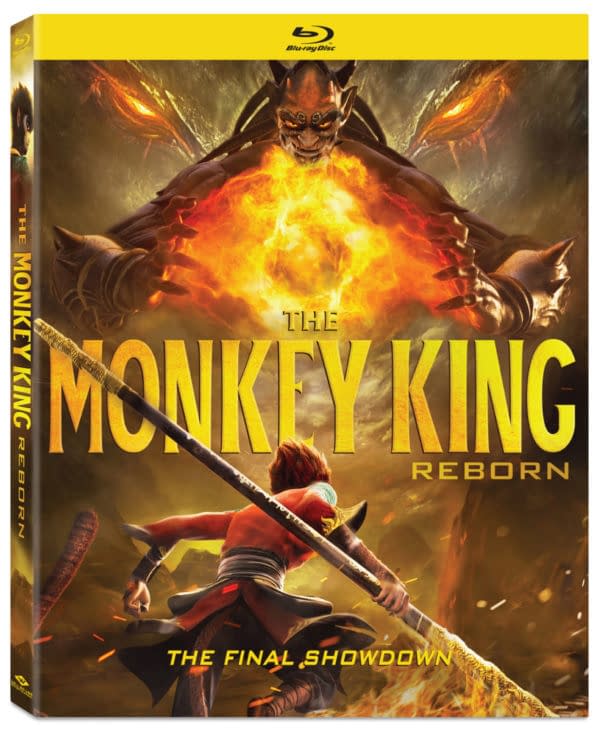 Review by Adi Tantimedh
6.5/10
Another side story from the Journey to the West story from the Tang Dynasty, this goes from farce and slapstick to epic battles and shamelessly weepy climax to tell a deeply Buddhist parable about karma, sacrifice and letting go.

The Witcher: Sexists Be Damned! The Show Isn't Feminist Enough!

The Witcher is getting heat from gatekeepers claiming it's "too woke" & pushing a "female agenda." Actually, the show's not feminist enough.

Doctor Who: So Wait, Danny Dyer is the Next Doctor AND James Bond?!

So Danny Dyer is the Next Doctor on Doctor Who and James Bond?! No, but that doesn't mean we can't have a little fun playing "What If...?"

Funimation announced the release of Attack on Titan: Final Season Part 1; Josee, the Tiger and the Fish; and more Blu-Rays for February 2022.

Crunchyroll unveiled its dubbed anime Winter 2022 line-up: Orient, The Strongest Sage, Platinum End, My Next Life as a Villainess & more.

The Book of Boba Fett cruises on the popularity of its title character but falls flat in the face of Star Wars fan-servicing. Here's why...