Shang-Chi and The Legend of The Ten Rings skillfully introduces a new corner of the Marvel universe with minimal stumbles along the way.

Director: Destin Daniel Cretton
Summary: Shang-Chi, the master of unarmed weaponry-based Kung Fu, is forced to confront his past after being drawn into the Ten Rings organization.

We are well over ten years into the Marvel Cinematic Universe, which means they should know how to do origin stories by now. That being said, that doesn't mean that they always nail it. There have been a few stumbles in this franchise, but the origin story isn't really one that you can afford to mess up. This is how you are introducing your audience to new characters and a new setting; if you mess it up, they might not accept the characters at all. With everything as interconnected as it is these days, you need the audience to connect to these characters. There is also the pressure of keeping everything connected that is becoming a bigger and bigger deal. Shang-Chi avoids the problem of possibly alienating new fans to the Marvel Cinematic Universe by keeping its universe connecting characters and everything else to the sidelines and focusing on what matters; the characters and building this new world.

There is a lot going on here in Shang-Chi, and it's a little surprising that they managed to pull it off at all. The parts where the movie stumbles are when it has to explain itself, which is a shame. There are long moments of exposition that can be a little much and really slows down the pacing. There are a few moments that could have been more organic when it comes to the "show don't tell," but when you're building a whole new corner of the universe, it's going to happen. These moments don't kneecap the movie, though; they are just the sort of thing you expect from this sort of origin story.

When you're adapting a character called the "Master of Kung Fu" in the comics, you need to have good action scenes. The hand-to-hand fighting in the Marvel universe hasn't always been great, but Shang-Chi has some excellent ones. Director Destin Daniel Cretton makes sure that we always know where our characters are relative to each other, and we don't lose our heroes in massive fight scenes. Whether it is a close-quarters fight in a bus or a massive battle with a bunch of characters, we always understand the scene. Cretton and Marvel hired actors that could do a lot of their own fight scenes and stunts, and it shows. There aren't any quick edits to try and hide the fact that our heroes can't actually fight. They are front and center, and you really believe that they can do the things we see on screen.

Marvel movies live and die by their casts, and Shang-Chi has an excellent one. Simu Liu is a very compelling performance that brings a lot of nuance to a character that could have easily been one-dimensional. He's a movie star, and we're about to see his career completely take off the same we see Chris Hemsworth or Tom Hiddleston get launched into the stratosphere post-Thor. Tony Leung is about to get introduced to a whole new generation of moviegoers, and he is truly fantastic. Wenwu is not what you would expect from a villain, and he is such an interesting character. Leung has always been great, but his dynamic with Liu is so good, and he truly is the hero in his own story. Not only that, but you can sympathize with him and understand why he is doing the things he is doing.

The ladies is where the movie really starts to shine. Awkwafina is really lovely at Katy, and her and Shang-Chi have a really great little old married couple energy that is absolutely delightful to watch. It's entirely platonic in a way that we so rarely get to see on screen and even more so in the dynamics between the male and female leads. Granted, it is the type of energy that could one day turn romantic, but the fact that they don't go there for this movie is such a nice thing to see. Meng'er Zhang as Xialing is another highlight. Zhang is new to the big screen, and she is really something to watch. Much like Liu, if there is any justice in this world, she will become a massive star. The absolutely perfect Michelle Yeoh is also here, and she is absolutely perfect. No more needs to be said.

Shang-Chi and The Legend of The Ten Rings isn't the best Marvel movie ever, but it's a really good one with excellent action scenes that sets up a fascinating corner of the world. It has the confidence to be its own thing when it could have easily leaned on the dozen movies before it. Instead, we have a movie that very much stands on its own and could be a gateway for new fans.

Shang-Chi and The Legend of The Ten Rings 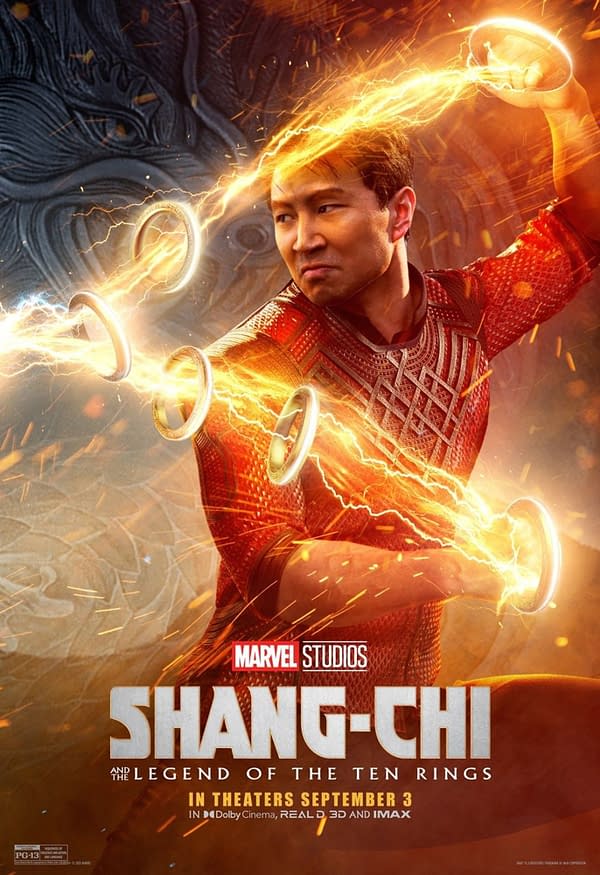 Review by Kaitlyn Booth
8.5/10
Shang-Chi and The Legend of The Ten Rings skillfully introduces a new corner of the Marvel universe with minimal stumbles along the way.

Spider-Man: Across the Spider-Verse (Part One): More Details, HQ Pics

While most of the world is focused on Spider-Man: No Way Home coming out later this month, the sequel to the best Spider-Man movie finally dropped some of

Spider-Man: Across the Spider-Verse (Part One): First Look Revealed

We heard that a first look at the sequel to the best Spider-Man movie   was going to be coming soon, but apparently, it is very soon. Very late on a

Now the ticket drama is over, more or less, for Spider-Man: No Way Home, now we're heading into the final weeks of the promo. That means a ton of posters

Disney legends Ron Clements and John Musker are jumping over to Warner Bros. Animation and DC to bring Metal Men to life.

Don't Forget to Watch the #1 Classic Holiday Movie This Season

The Chadster reviews a nostalgic holiday classic that may be the best Christmas movie of all time: Santa's Little Helper starring The Miz.

The Monkey King Reborn is yet another telling of Journey to the West or The Monkey King. This time it's a Chinese CGI animated movie about the demigod Sun

Diary Of A Wimpy Kid: Brady Noon On Giving A Voice To Greg's Journey

Brady Noon on Greg's emotional journey in the new Diary Of A Wimpy Kid film, now streaming on Disney+. Check it out when you get a chance.

Chris Hemsworth posted a behind the scenes video from the set of Extraction 2 on The Russo Brothers Instagram account.

The upcoming slasher film Scream just unveiled brand new cast posters with a hint at who could be under the Ghostface mask this time around.