Thar be spoilers ahead. but we've all seen Avengers: Endgame by now, right? If not go do so immediately. Why are you reading these articles? You must be a glutton for punishment. And talking about gluttons…Just as with the initial appearance of Tony Stark, the PR for Avengers Endgame lied to you, which made the revelation quite a shock. This is how Thor was promoted for the movie. But as we all know now, he was going to need a bigger suit. 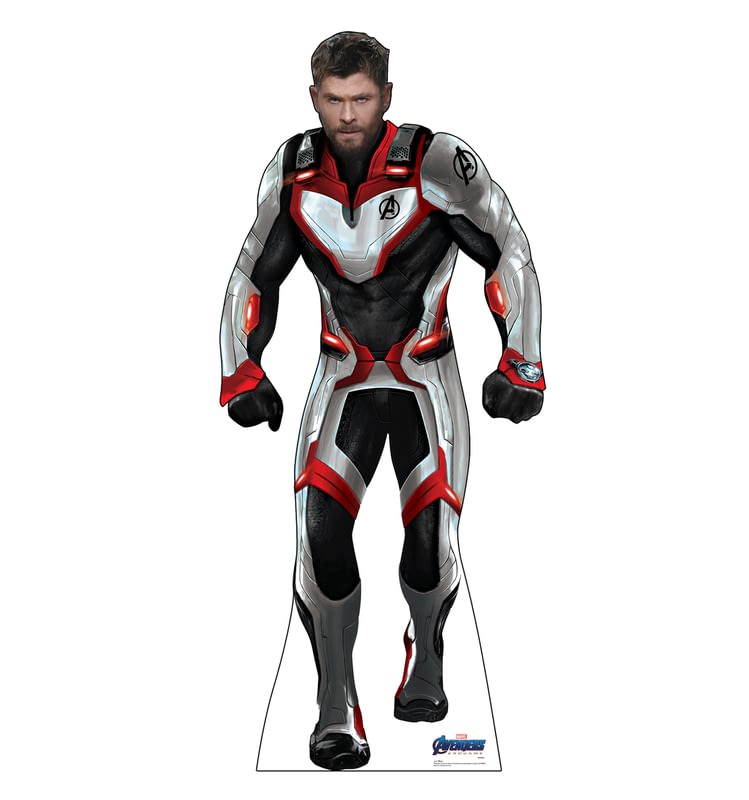 There has been some disquiet regarding the fattening of Thor for comic effect in Avengers Endgame. As a fat man myself, I have a different take. Yes, his fattening is there to laugh at, but its in contrast with what he was. Yes, its an audience encouraged to laugh at someone suffering trauma and now has a coping mechanism that is meant to be mocked. But so much is down to what he was, a god amongst men, and one who got his shirt off at every available opportunity.It comments on the cheapening of such characrers depending how they look in the shower or how American their asses are.

This is pretty boy who has.,.. changed. But for all that he is Thor. He is still worthy. He fights the good fight as he ever did before. He now looks far more the part of a Viking warrior god than he ever did before. Scraggy hair and a massive frame, one who fights, eats and drinks aplenty

And in the process, gives the Marvel Universe its first plus-sized hero. His body is, frankly, a little more Asgardian now. And there is no attempt to thin him up by the end of the movie, this is who he is, loud and proud. And frankly I hope he keeps the look in the Guardians Of The galazy Vol 3 movie that he is clearly could be a part of now. Thor has grown into the comic relief of the Marvel Universe, even more than Ant Man, and would fit the tone of James Dunn's movies rather well.

If that's what they call it. Could they follow the comic book naming tradition, since Thor namechecked it, and call it Asgardians Of The Galazy? Might it feature King Valkyrie of New Asgard just for good measure?

Tony Stark and Steve Rogers' stories may be at an end. But Thor is immortal and will go on… now, what will he do when he discovers his half-brother is still alive?

Chip Mosher is Head of Content at ComiXology, the Amazon-owned digital comics publisher and distributor, and has been in charge of their ComiXology

Corvus Comics is a graphic art studio and comic book publisher behind The Chosen series. Based in Colorado Springs and founded by Christopher Wood and Q

Salvador Sanz's Mega and Etienne Derepentigny's Dead Kingdom both launch in Red 5 Comics' September 2022 solicitations. Here is the full listing for the

John Barron and Shawn Remulac are launching their Biden's Titans Vs Elon Musk comic book from Keenspot, with a quadtych cover taking on Jim Lee and Scott

During the Death Of The Family storyline in DC Comics' Batman several years ago, writer Scott Snyder was persuaded not to chop off both of Alfred's hands.

Batman: Christian Bale Would Return for Christopher Nolan if Asked