It seems like the HBO Max reboot of Head of the Class likes to keep hammering the theme of boundaries and its fifth episode "YOLO" marks another case. The main arc has to do with parents Carol (Alex Kapp) and Darlene (Robin Givens reprising her role from the original ABC series) showing concern on what kind of influence Alicia (Isabella Gomez) is asserting on her students while throwing their weight around about their influence with the school board. The title of the episode (the millennial acronym for "You Only Live Once") doesn't exactly offer the kind of opportunities as it suggests, and only references the main arc that focuses on the Gomez character along with Terrell (Brandon Severs), Miles (Adrian Matthew Escalona) & Luke (Gavin Lewis) taking their giant risk by standing in line for a sneaker release. The other major development is how Sarah (Katie Beth Hall), Makayla (Jolie Hoang-Rappaport), and Robyn (Dior Goodjohn) had to deal with a social media-related problem of being objectified on another student's (Thomas Kuc) Instagram posts.

Head of the Class Is Becoming Horrendously Boring & Predictable

The third arc (apparently just to give Jorge Diaz's character Elliot something to do) to celebrate Day of the Dead is rather inconsequential. The episode plays up its own sitcom tropes and doesn't really feel like it took any actual risks. It's become predictable and formulaic early on, with students finding themselves in awkward situations and awkward teachers somehow chaperoning them to a resolution. It's about as vanilla as it gets. We also get a half-hearted attempt at respecting space and privacy with the girls in the most Disney Channel way possible.

Head of the Class has more or less become a byproduct of when it was created because as a show you can predict while multitasking. It doesn't really require real attention to guess what will happen. It's committed the crime of what too many sitcoms of doing, resting on its own laurels and ironically, never venturing off to new exciting things. It's really starting to feel like I'm watching the same episodes and I'm finding it harder to care about the characters. As much as Gomez's Alicia is trying to light a fire under her students, it feels like she's becoming a one-note character herself. Christa Miller's Principal Maris feels like the only dynamic character that actually goes anywhere, but it's still not enough. 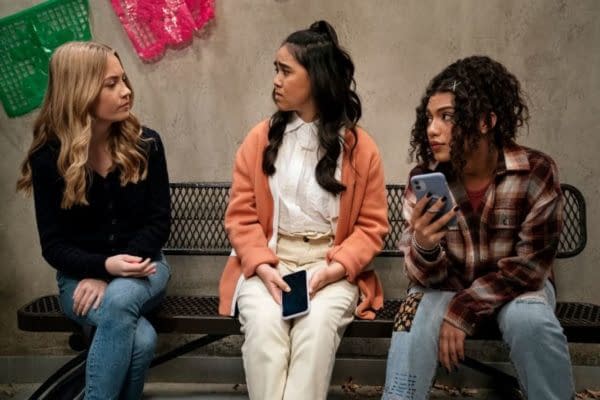 Review by Tom Chang
2/10
HBO Max's Head of the Class episode "YOLO" gave me a harsh reminder of why I stopped regularly watching sitcoms. Once you get the sense of what the show is and who the characters are, you should be able to grow with them. Instead, the episode written by Allison Bosma and Jon DeWalt made me feel like I was held back a grade and that's not a good feeling this early in the series.
Credits
Director
Phill Lewis