Hey gang!  So it was a big weekend for WWE, which of course featured SummerSlam on Saturday night and NXT TakeOver 36 last night.  WWE tried to pull out all the stops on Saturday, but personally, I thought it was a pretty forgettable show with some really baffling, if not outright stupid decisions made (poor Bianca Belair…).  So as has been the case over the past few years, it was up to NXT to salvage the weekend and like usual, they didn't disappoint.  Whatever the problems are with their storytelling or focus as of late, when NXT just puts on a night of straight wrestling matches without any bullshit, they're hard to beat.  So let's look back on last night's big show and see what happened.

Now onto the main card!

This match is the culmination of one of NXT's longest-running storylines and it didn't disappoint!

A very good back and forth battle where at no point was it easy to guess who would walk away as the winner.  After a lot of even action, Knight tried to grab the title and run, but "The Million Dollar Man" himself, Ted DiBiase got involved and locked Knight in his patented Million Dollar Dream hold, allowing a weakened Knight to wander back into the ring and eat a big Cave-In from Grimes for the pinfall.

A very fun match that told a good story.

AND NEW MILLION DOLLAR CHAMPION! 💵@CGrimesWWE does it at #NXTTakeOver 36! pic.twitter.com/eLYDFDgLmt

So if you read my weekly NXT recaps, you'll know I'm no fan of Raquel Gonzalez.  I think she's reckless, slow, and worst of all, boring.  She gets her push because of her size and it REALLY pissed me off that they had her beat Io Shirai for the title, as Gonzalez is super-green and Shirai can throw her hat into the conversation as the best wrestler in the world right now.

Anyway, with all that being said, this match was pretty good.  The story leading up to it is the standard best friend turning on the other thing, except they were clearly trying to get sympathy for Gonzalez and the crowds just weren't having it and continued to boo her and cheer Kai.

The two went all-out in this one, putting on a good size versus speed match where each had moments to shine.  There was a scary moment in the middle where Gonzalez attempted a Military Press on Kai, but it appeared she couldn't lift her with her right arm and had to drop Kai on the turnbuckle instead.

Aside from that and a not-great-looking moment where Gonzalez swung Kai into the turnbuckle by her feet, it was a solid match with good drama and some well-done kickouts.  Eventually, power wins though, as Gonzalez hits a big Chingona Bomb off the top rope to Kai to get the pinfall and retain.

After the match, former NXT UK Women's Champion Kay Lee Ray appears on the stage to taunt Gonzalez and has a staredown with the Champ.

Last October, Walter and Dragunov had a battle for the NXT UK title that was widely considered to be the match of the year.  Now Dragunov is back to challenge for the title again, despite the fact that Walter has held it for 870 days.

Guys, anything I say here won't do this fight (it legit looked like a FIGHT!) justice.  It was the most hard-hitting wrestling match I've seen in ages and the drama here was off the charts.  Every shot was loud enough to shake the back row and as the match progressed and you saw the wounds and welts growing on both men and both seemed to have nothing left in their arsenal to beat the other, I just totally lost myself in the battle and was no longer trying to analyze a wrestling match.

Walter has been such a compelling modern monster because no matter the opponent or what they throw at him, he seems to be able to absorb it and fall back on his brute force to eventually, literally, beat his opponent down.  He has no real finishing move; just raw power and the ability to hurt.  And then there's Dragunov, who appears almost happy to take any amount of pain and keep going, using it as mid-match motivation.  These two just match up perfectly.

By the end of the match, after all of the poundings and all of the hard slaps and all of the impact he had absorbed, Dragunov looked like he had been dragged by a car.  His chest and neck were shades of purple and black, he had reopened a wound on his forehead, and he looked as if he could collapse at any moment.  And yet he couldn't allow himself to give up.  If he was going to die against Walter, it would be because he genuinely didn't have any life left in his body.  Nothing left to tell him to stop against a monster.

He took all the beatings, all the suplexes, all the slaps, and he kept going.  He kept using his body as a weapon and kept trying to bring down the monster with sleeper hold after sleeper hold.  And in the end, Walter was the one who had enough and finally submitted to an unbeatable force.

The most unbeatable champion in modern history was finally beaten.

After this match, Dragunov looked like he had been through Hell.  But he also looked like a Champion.  A Champion who legit fought for his title.

I have no words and no breath left. Just. Wow. Congratulations, Ilja! #NXTTakeOver

It is hard to fathom two competitors could equal the physicality and aggression of their first encounter … but @WalterAUT and @UNBESIEGBAR_ZAR did just that AND MORE!!!

Congratulations to both of these men on a phenomenal #NXTUKTitle match at #NXTTakeOver! https://t.co/O8UTuySJpI

The end of an (undisputed) era, as O'Reilly and Cole face each other in their third and final (especially for Cole) battle.

The first match is a straight one on one wrestling match, which O'Reilly wins pretty quickly when Cole goes for a Panama Sunrise, but O'Reilly instead rolls him up for the pinfall.

Next, we go to the Extreme Rules match and things pick up here.  Some nice hard-hitting action here involving kendo sticks, trash cans, and chairs. The two go under the ring and each wraps their fist in a chain and battle it out.  There's a really good spot where O'Reilly dumps Cole off of the stage into the crowd barrier for a big crash and the camera is at a great low angle to really sell it.

They set up a pair of chairs in the ring back to back and Cole dumps O'Reilly off the top turnbuckle onto the top of the chairs in a really scary-looking bump.  Cole then hits a Last Shot to score the pinfall in the second match.

As the steel cage is lowering for the third and final fall, Cole gets a very damaged O'Reilly outside and powerbombs him into the announce table.  Meds rush the ring to tend to O'Reilly and Cole struts around the ring, thinking this thing is over.

O'Reilly is still good to go though and they finish setting up the cage for the final match.  Cole is all over O'Reilly early, throwing him all over the cage.  Cole goes for another Last Shot, but O'Reilly dodges and hits it himself on Cole.  Cole low-blows O'Reilly and hits a big Panama Sunrise for the close two-count.

Cole has seen enough and handcuffs O'Reilly to the ropes and thinks he has it all wrapped up now.  As Cole attacks him, O'Reilly grabs Cole and gets him in the Heel Lock, which Cole taps out to.

When the #UndisputedFinale was all said and done at #NXTTakeOver, @KORcombat achieved the pinnacle of success and victory. pic.twitter.com/m3gzVTQUfi

It's main event time, as Samoa Joe comes out of "retirement" to try and put Kross down and become the first-ever three-time NXT Champion.

So this match was fine and entertaining enough, but there are issues to address here.  Joe did not look ready at all and looked winded the entire time.  Kross appeared to be slowing down a lot to sell Joe and while the program these two have worked leading up to this has been really exciting and hard-hitting, the match itself didn't have a great flow and didn't quite live up to the rage of the rivalry.

It's not bad at all, it just didn't feel like I think it should have.

Towards the end, it starts to pick up, as there's more brawling and both men's power starts to come through.  The highlight of the match is the end, which is always a good thing.  For the first time in a long time, Joe hits the Musclebuster on Kross and is able to get the pinfall to become the first-ever three-time NXT Champion!

All in all, this was a really great show for NXT, especially right now with everything going on.  With no weak match on the night, the show obviously totally buried SummerSlam in quality by doing what NXT does best: solid wrestling matches.

The future is unclear for the brand, though we can assume certain things after the event, such as Adam Cole hitting the road, Karrion Kross going to the main roster full time, and maybe even LA Knight and/or WALTER getting the call-up as well.

For one night though, all that jazz was out of our minds as NXT gave us a great night of wrestling and you can't really ask for anything more. 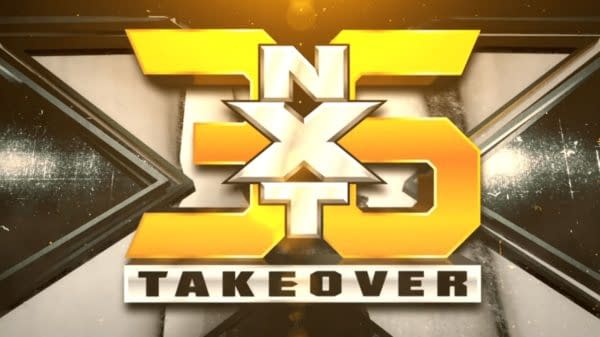 Review by Ryan Fassett
9/10
Not a single weak match on the show and a hard-to-beat "Match of the Year" candidate in WALTER vs Ilja Dragunov made this the most solid and complete NXT offering in quite a while. Great stuff here!

Our recap of this week's NXT 2.0, which was centered around a steel cage match and the fate of Kyle O'Reilly and Johnny Gargano in NXT.

Our preview for tonight's episode of NXT 2.0, which might be the last time we see Kyle O'Reilly and Johnny Gargano in NXT or WWE.

NXT WarGames Recap: One Of The Best WWE Pay Per Views Of 2021

Our recap of the 2021 NXT WarGames event, which saw two excellent WarGames matches in what was one of WWE's best shows of the year.

WWE Overhaul: Retire Vince, Cut the Comedy & More Ways to Save It

Many fans think the quality of the WWE has never been as bad as it is right now so here's how we would save pro-wrestling's slow-sinking ship.