FOX's The Great North went secret on societies, putting together crazy night memories, and the journey of ham radio connections. Some spoilers may be ahead, so you've gotten your fair warning before reading any further.

This week, The Great North had three different stories going on, Judy's reigniting of the Saved by the Spells secret club at her and Ham's school, Honeybee & Wolf connecting the dots on a wild evening, and Beef trying to bond with Moon through via ham radio and a fake trucker persona. While this episode wasn't as engaging as the previous ones, I did love the main story featuring the secret club. The ending split screens showing Beef, the school principal, and then the new group meeting in the decommissioned meat packing factory, was such a great idea.

This episode of The Great North shows me how parts of us still want to feel closer to something greater or exciting from when we were younger. Even if Beef had some bad history with the Saved by the Spells club back when he was in school, he still missed memories he had from it and I think he was pretty excited to see Judy bringing it back. With the principal, he simply missed out on those types of friendships and memories but was included with that shirt in the end.

The Great North continues to make excellent points in every episode, whether it's something that speaks individually or as a collective, and they're all great because there are at least threads of meaning & understanding that every viewer can take from those moments. Many jokes genuinely made me laugh, from Dave Grohl at a Baja Fresh to Wolf's random belly button piercing that was revealed to have been done by Honeybee. Not as exciting and attention-grabbing as I've become accustomed to from the energy of the animated FOX sitcom, but it was a fun ride nonetheless. Let me know what you thought of this episode in the comments below! 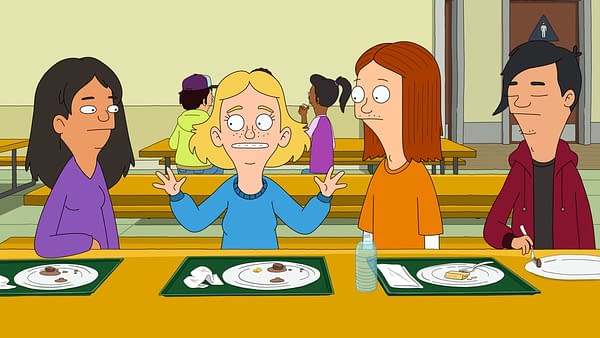 Review by Brittney Bender
8/10
This episode of FOX's The Great North was not as exciting and attention-grabbing as I've usually come to expect from the energy of the series, but it was a fun ride nonetheless and filled with themes that stuck with me long after.
Credits
Network
FOX