We've been blessed because somehow the dread I felt watching Hereditary has been placed inside a television show, with that show being Yellowjackets from Showtime.  I'm not one to spill the beans and ruin the experience completely in my reviews, but some points may be looked at, so turn back now to avoid any spoilers at all. Consider this a fair warning as we take a look at the pilot episode to see how well it set up the show's universe.

First of all, the queer panic/joy I felt when seeing Juliette Lewis on screen meditating could have been my highlight, but this pilot was incredible so there's plenty of moments outside of that one that had me freaking out. Flashbacks can be fickle, sometimes useful while other times annoying but Yellowjackets employed them in two impressive ways. In one sense, the major flashbacks were developing the characters we should care about or get to know before they reach adulthood, and the others threw me for a loop as they showed a very different and hidden side of the events of the plane crash. In Yellowjackets, the actresses who portray the younger and the adult versions of these main characters match up so well that when we do see them in the past or before the crash, it helps to make it all connect for the viewer and allows the narrative to flow beautifully.

I haven't been this interested or excited by the first episode of a dramatic series like this since…honestly, since ones like Breaking Bad, Dexter, and other modern classic titles.  The close-up shots that have you questioning what meat is cooking over the fire or being chewed over and the focus on facial expressions provide a road map for audiences to be guided through a story that is private to these characters but is slowly being opened up and it feels like you're the only one allowed to know. At moments I literally had my mouth open in shock, and some of those times didn't even relate to post-crash flashbacks. The drama for these women started before going to nationals, before the plane, and it is explained wonderfully without revealing too much, too soon. My attention was locked in throughout and for me, that's a win in itself. Somedays, I have the attention span of a cat facing the corner of a room like it's watching TV. I know a lot of you out there can relate to that statement (hello, fellow neuro-diverse people). In any case, the pilot of Showtime's Yellowjackets shows how quickly and easily a sense of depravity can start to take shape and take control. And while trauma may trigger it, that original internal darkness usually started some time well before it. I'm interested to see just how low things go before we get to the truth. 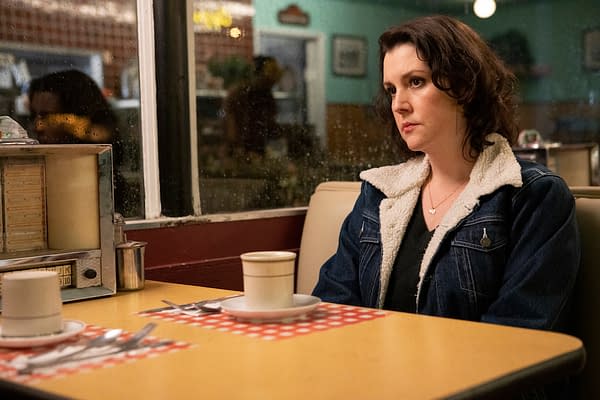 Review by Brittney Bender
10/10
The very first episode of Yellowjackets is composed of excellent scenes filled with character development and originality that raises it above many other survival epics or drama series. Showtime has a winner on their hands, with an excellent cast leading the way through a horrific and tension-filled story.
Credits
Network
Showtime