With remarkably effective characterization and scene-setting, Aquaman: The Becoming #1 does a fantastic job at fleshing out the character of Jackson Hyde. Despite some pacing issues, one of the strongest showings for a supporting cast in a while and a number of very effective scenes make this one of the best Aquaman books on the market in years.

He is splitting his time between training in Atlantis and spending time with his mother and community in Amnesty Bay. It cannot be overstated how great Brandon Thomas' script treats this community, showing Jackson's awkwardness when attracted to someone, his fearlessness when lives are endangered, and how connected he is to his friends in the Titans. Likewise, the artwork from Diego Olortegui, Wade Von Grawbadger, Adriano Lucas, and Andworld Design does a fantastic job bringing these characters to life (there are two panels with Jackson's mother that should be in museums).

The first two-thirds of the book are very strong if paced a little slowly, as the story only gets going later in the book. That's a bit of a deficit, and the final page seems a little awkward given the summer we all had last year.

There is a lot to like about this book that makes checking out the next issue a solid choice, but it's a "B+" when it had all the ingredients for an "A." RATING: HONORABLE MENTION.

Aquaman: The Becoming #1
By Brandon Thomas, Diego Olortegui
Jackson Hyde finally has it all. Mentors who support him, a community that loves him, an honest relationship with his mother, a cute new guy in Amnesty Bay who's caught his eye, and access to Aquaman's private training facility in Atlantis. Well, he had it all — until that training facility and half of the Atlantean palace got blown to kingdom come with Jackson in them. Now Jackson stands accused of wrecking the life he worked so hard to build. Aqualad's going to need all of his skills, wit, and cunning just to prove his own innocence, let alone graduate from sidekick to Aquaman! 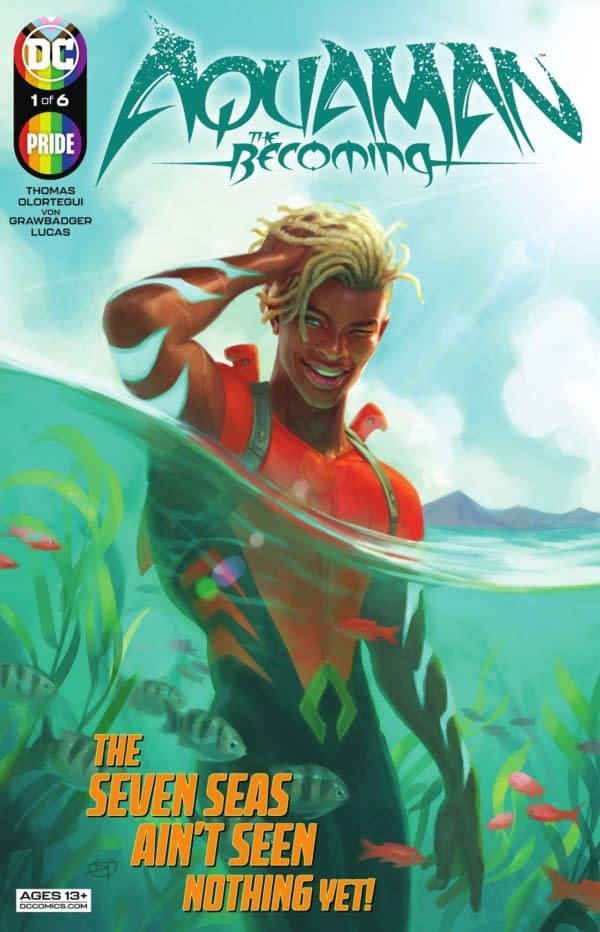