It can be very easy for a true-crime docuseries, especially one on true events, to become a beacon of pride for the killer rather than justice for victims. In the Night Stalker: The Hunt for a Serial Killer series by Netflix, the four episodes brought together with interviews, real footage, and honest conversations on being a survivor of such horror. The Netflix series followed similar footsteps of other docuseries' conducted by the platform such as The Keepers and Evil Genius. True crime-related podcasts, films, and more aren't meant for everyone- and that's a good thing.

Personally, I look for and am interested in the psychological and justice-seeking portions of these stories. Interviewing such individuals that experienced the terror brought on by the killings, sexual assaults, and more are vital to any heavy-hitting case. I'm glad that the portion of cutaway scenes and extra footage was shown of actual very important crime scene photos and newsreels. Something essential to showing us how the investigative work is done, especially in crime scene work in the 1980s when there wasn't the benefit of the technology we have today, would have been detailed photos and labeling of all evidence. As an audience, I was taken along like others through the events as if developments were popping up in real-time.

Without revealing the killer's face from the beginning, Netflix did a good job at focusing the attention on the horrible acts committed and the drive-by investigators to find this evil individual rather than praise the concept of Richard Ramirez himself. The episodes of The Night Stalker used interviews with important detectives, Gil Carrillo and Frank Salerno, survivors, family members of victims, and even involved reporters at the time. The variety in who spoke about the case and what went down was very important to the integrity of the series. Netflix and the series' directors James Carroll and Tiller Russell, did a fantastic job at showing real footage and protected images from crime scenes to surround the narrative by interviews. That being said, the series would have been fine in the first half without full body shot reenacted images of some murders, but luckily it wasn't something that impacted the overall series.

The focus on the victims, the impacted community, and the wrongful glamorized imagery by some media of Ramirez during his trial are all a part of the series. Without rightfully focusing on the investigative work, the series would have been a biopic no one asked for. This was a serial killer without a specific age, race, gender, or motivation for detectives to work from. No true crime-related media piece is perfect and flaws were present, but I learned more from Night Stalker: The Hunt for a Serial Killer than I have from other outlets about those impacted by the evil that summer.

Night Stalker: The Hunt for a Serial Killer 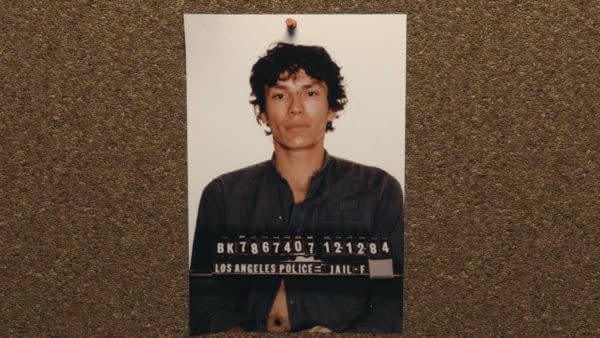 Review by Brittney Bender
8/10
No true crime-related media piece is perfect and flaws were present, but I learned more from "Night Stalker: The Hunt for a Serial Killer" than I have from other outlets about those impacted by the evil that summer.
Credits
J
J
N
N

The queen of country music, Dolly Parton, is arriving at Funko with two Pop! vinyl figurines now available for pre-order.

Tony Khan is hoping for more money from AEW's media rights negotiations later this year, and The Chadster is just so cheesed off about it!