FOX's The Great North took us on a field trip and on a journey through becoming a poet (or at least trying) in the recent episode, "Poetry Of The Penals Adventure." Some minor spoilers may be ahead, so consider this your fair warning before reading any further…

This episode of The Great North focused on two separate stories, Wolf chaperoning Judy and Ham's class field trip to a historical local prison and Beef getting assistance from Honeybee and Moon on how to be a poet to impress Greta. Both stories had some truly great moments for the characters themselves and brought depth to them.

After meeting Greta while out with Moon birdwatching, Beef abruptly accepts an invite to recite some poetry at Greta's open mic at the VFW. Many scenes involve Honeybee and Moon trying to develop what they hope is the concept of an appealing poet that simply isn't in Beef's nature or at least he believes so. When Beef does go up to the mic towards the end of this episode of The Great North, he does a fairly good job because he used his experience of meeting Greta and how he felt in those moments, therefore becoming a poet anyways. I'm happy with the way things resolved for Beef in those moments on stage, truly wrapping up that story in a fulfilling way.

Meanwhile, Wolf has to confront his personal fear of aging out of "being fun" and through this, he almost gets his group of kids in some serious trouble. The reflection continuing to yell out absurd things that could happen to Wolf because he's growing older, like arms falling off, was hilarious and made the whole storyline even better. I felt for Wolf in this instance, the fear of falling out of touch or losing connections because of the reality of adulthood. It was a lesson seen a lot in different shows, but it still fit really well with his character and the situation. I also loved the subtle and natural displays of queer relationships in this episode like Ham and Crispin or the dads who chaperoned their son's group on the field trip. These little things matter and I loved seeing it happen. Overall, this episode of The Great North proved to be another favorite of mine from this season so far.

Thanks for reading, to help during this difficult time for the future of reproductive healthcare please consider the resources below for information on local organizations and how to donate: 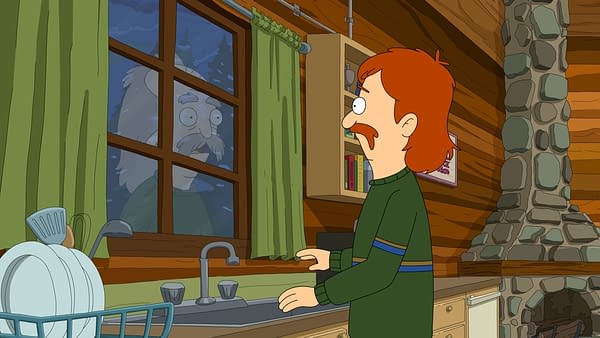 Review by Brittney Bender
10/10
FOX's The Great North S02E19 "Poetry Of The Penals Adventure" was an excellent demonstration of exploring the fears of adulthood and branching out from what you know. The episode gave each character a moment of development and the subtle yet inclusive nods to queer love were fantastic.
Credits
Network
FOX