What If…? episode 5 might be the biggest letdown of the entire series so far. It falls into the cliche of ripping off every zombie movie that you've seen in the last twenty years while having Peter Parker offer snarky commentary about the zombie that feels straight out of Scream.

The things that make the Marvel Universe interesting and why people keep coming back to it are the characters. It's the dynamics between them, their relationships, and how they interact with the world. The thing that the lone very good episode of What If…? focused on, it's the second episode for the record, was a character exploration about how T'Challa improves the universe and the people around him simply because of who he is. None of the other episodes have bothered to explore the characters in any meaningful way. The fourth episode could have gone there but fell down the well of the "dead girlfriend drives a brilliant man to madness" trope that we've seen a million times/ The fifth episode of What If…? could have been an amazing commentary on characters for a bunch of different reasons.

There was a ton of potential to get into when it comes to this episode. Instead, Peter Parker spends the entire time making commentary on the horror and zombie genre like this is a Scream sequel and Scott Lang making a ton of zombie-related dad jokes. There is absolutely nothing character-based here that helps explain how these characters interact with the world. However, to get into that, we're going to need to do some minor spoilers related to how the zombies came to be.

We find out that the virus was brought to our world through the quantum universe. When Hank went back to get Janet, she was infected with this virus, and when he comes back, he is the patient zero that starts this whole thing off. We know all of this because Hope is one of the surviving Avengers. The movie wastes all of two seconds on the fact that Hope and her father's desperation to bring Janet back has essentially ruined the entire world, and the episode continues to focus on Peter. Hope grappling with the fact that this is her fault on some level is barely acknowledged except in a few minor sentences and one action. Hope should have been the primary character of this What If…? episode, and we could have gotten some amazing character beats with her coming to terms with what her and Hank did. Instead, we have Peter making more jokes about not splitting up because that never ends well.

Then there are the missed opportunities that come with fighting the various zombie Avengers. You might be able to handwave this as "well, this has been going on for a long time, and they might be jaded," but everyone seems very okay with killing their various friends. Even allies that were fine and infected moments later, when they are killed, everyone is just like, "well, that was weird and happened, here's another joke about zombie movies." Bucky has to fight a zombie Steve Rogers and kills him without even reacting. Another Avengers is killed, and a character is even like, "Oh, hey, I guess I just killed your friend," and another character quite literally shrugs like that isn't a big deal. This happens while they are on the way to a location that could potentially have a cure and change everyone back. It's a What If…? episode that only gets more and more frustrating the more you think about it. There is exactly one moment of interesting character exploration toward the middle of the episode, but the episode spends barely any time on it. There had to be time for Scott to make more dad jokes, apparently.

And these are all cliches that we've seen a million times over. The zombie apocalypse is apparently going to happen the same way it happens in every other movie, and superheroes will be entirely useless. Again, as it has been previously stated in these reviews, Marvel has carte blanche to do whatever they want in these episodes, and they continue to go the most boring route possible. This episode of What If…? brings precisely nothing new on a character level to the superhero genre or the zombie genre. The animation continues to stagnate, especially in the facial animations, and in each episode, it becomes more and more apparent that Marvel should have hired professional voice actors for these roles. An actor is not a voice actor, and there is always at least one character that sounds so incredibly awkward that it will take you right out of the series.

What If…? is becoming an exercise in frustration, and this fifth episode might be the epitome of missed opportunities. This and Captain Carter were the episodes that got everyone pumped for this series, and they are the two weakest by a long shot. This series is the most flawed one by Marvel so far, and it should have been the easiest to hit out of the park. We know that the episode with Tony meeting Killmonger is still on the docket and that "what if" is basically boiled down to "what if Tony Stark was surrounded by a corrupting influence," which could be interesting character work. However, with how little these episodes have focused on the characters, the thing that has made the Marvel universe the juggernaut that it is, we should probably prepare for another letdown. 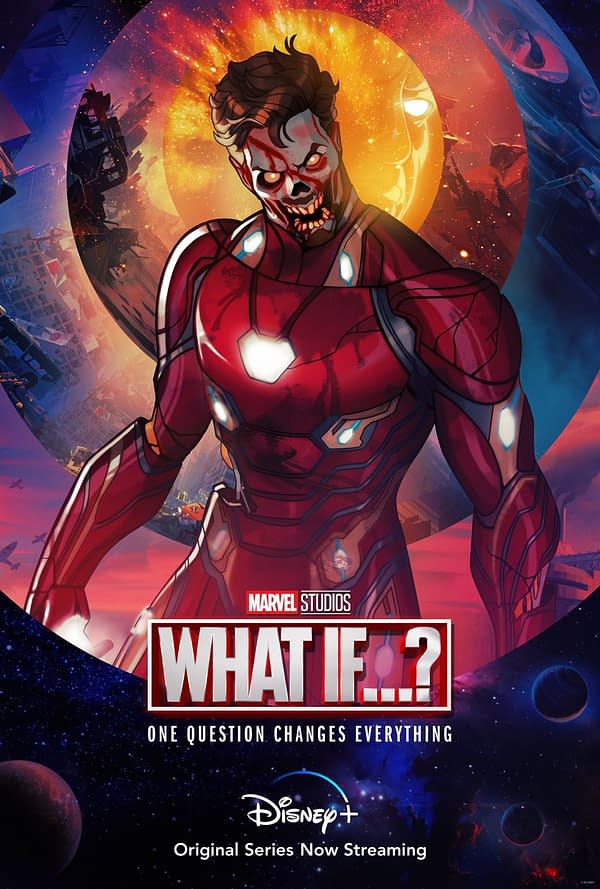 Review by Kaitlyn Booth
6/10
What If...? episode 5 might be the biggest letdown of the entire series so far. It falls into the cliche of ripping off every zombie movie that you've seen in the last twenty years while having Peter Parker offer snarky commentary about the zombie that feels straight out of Scream.

With the Oscar Issac & Ethan Hawke-starring series set to premiere on March 30, here's a look at the official trailer for Moon Knight.

Here's a look at what's in store in the first week of February as The CW shares episode overviews for Superman & Lois S02E04 & Naomi S01E04.

A new report claims Cody Rhodes, currently TNT Champion, has been working without an AEW contract all year long. Okay, it's January. But still!