Boys Run The Riot Volume 2, unlike the work of many of Keito Gaku's contemporaries, moves quickly. There's still space to introduce new characters, but the story has velocity, informed by the struggles of the group and main character. Maybe it's a matter of available pages: Boys Run The Riot is only four volumes long, and the end of the second volume means they're halfway done.

The cliffhanger at the end of the volume blows the doors wide open and gets to the meat of the series.

Crucially, Gaku never forgets their characters are in high school, and they behave appropriately, acting out and being dramatic. In this volume, Boys Run The Riot introduces the staples of a teenager's life: a new love interest, drinking beer in a 7-11 parking lot, and a part-time job. The story is, of course, about Ryo and his identity struggles, but a savvy readers with enlightened self-interest will easily see how Ryo's story can relate to their own.

While everyone would like more pages and space to tell their story, four volumes are approachable for readers new to manga and also for more seasoned readers not looking for a 40 volume commitment. Gaku & Co. make the best use of their limited space, and Boys Run The Riot rewards readers swiftly. A review of the previous volume is available here.

Ryo and Jin have started their own fashion brand, Boys Run the Riot. Now they just have to get the word out there! But the world of fashion is a cutthroat business of patronizing adults, and the boys will have to get creative—and save some cash—if they want to get their brand off the ground and be taken seriously. Working part-time is hard enough, but for Ryo, being transgender makes it even harder. In work, friendship, and romance, he struggles to decide whether to come out as his true self. However, when he befriends his cool coworker Mizuki, the closet door begins to open… 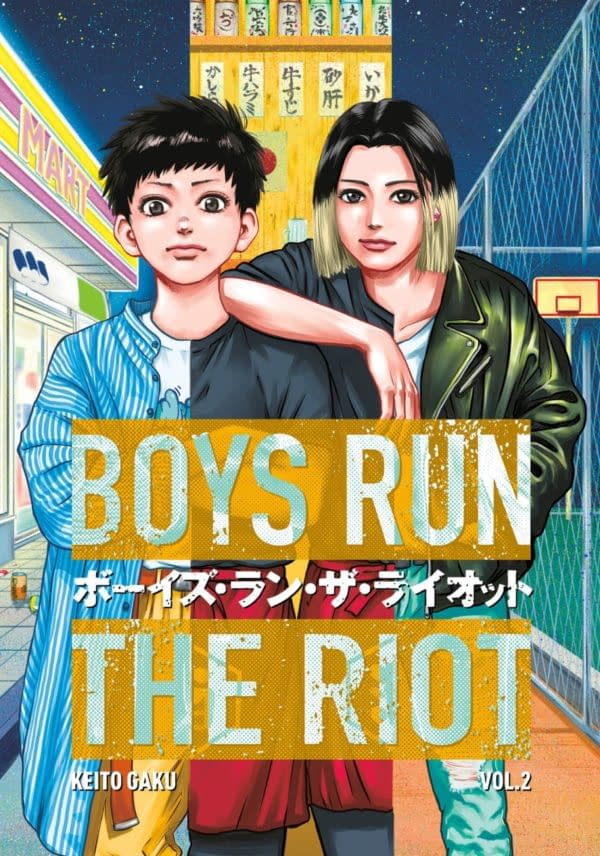