DJ Steve Aoki, the highest grossing dance artist in North America from tour, behind releases such as Wonderland, and who has collaborated with the likes of will.i.am, Afrojack, LMFAO, Linkin Park, Iggy Azalea, Lil Jon, blink-182, Laidback Luke, BTS, Louis Tomlinson, Rise Against, Vini Vici and Fall Out Boy, is creating a new comic book.

Or rather he is getting Jim Krueger, Tom Bilyeu, Matt Colon, Samantha Levenshus, Dana Brawer to write it and Neil Edwards to draw it. But still.

Here's the solicitation for March 2019 from Impact Theory LLC. 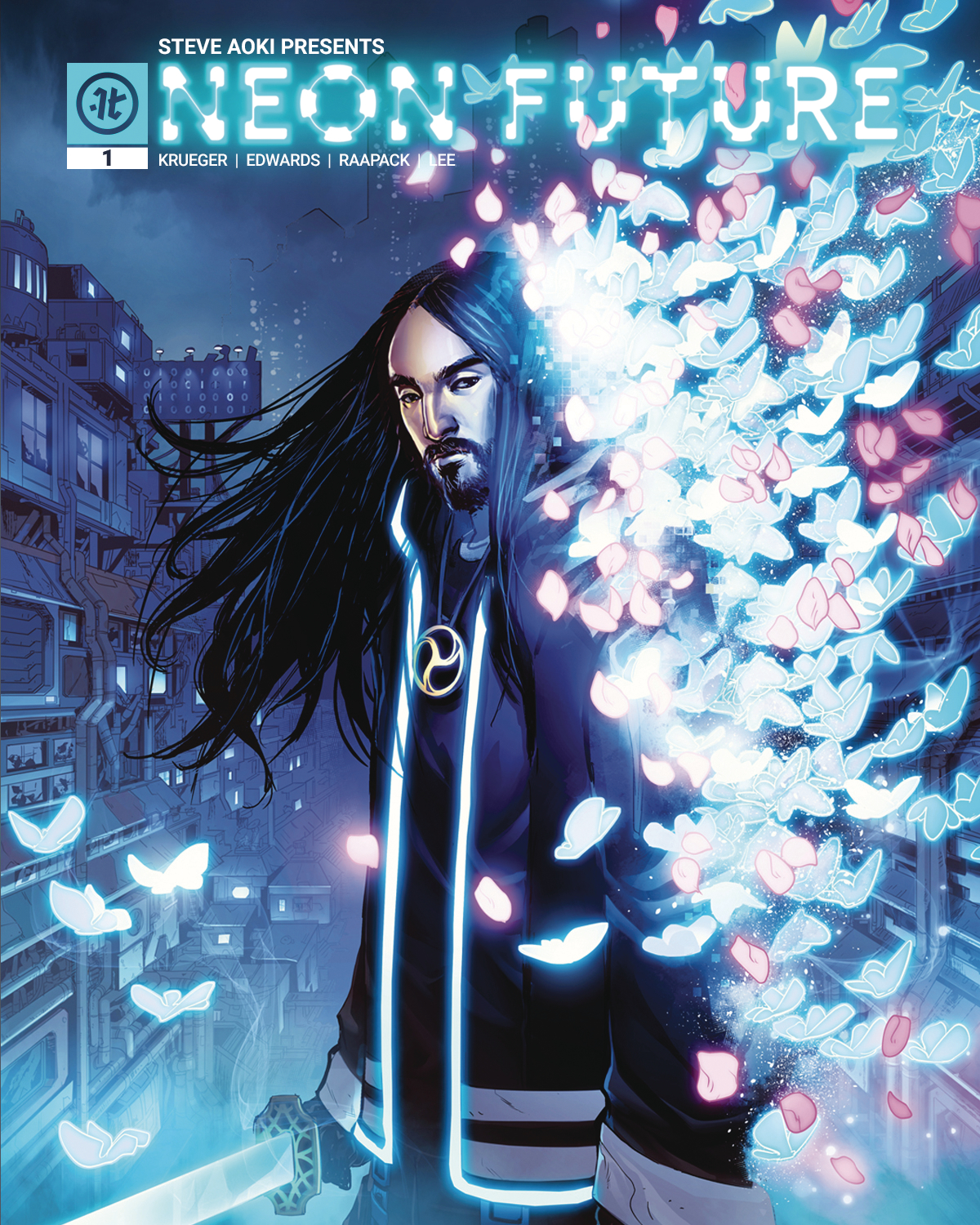 The world is in the grips of an economic crisis. Due to mass unemployment, advanced technology has been outlawed. The world is now divided between those with implanted technology and those without. When the world's most famous anti-tech crusader dies and is resurrected using the illegal technology he has sworn to eliminate, he must decide who to fight with his terrifying new powers. From visionary Grammy-nominated producer and DJ, Steve Aoki, and Eisner award-winning writer Jim Krueger, with art by Neil Edwards and Jheremy Raapack. 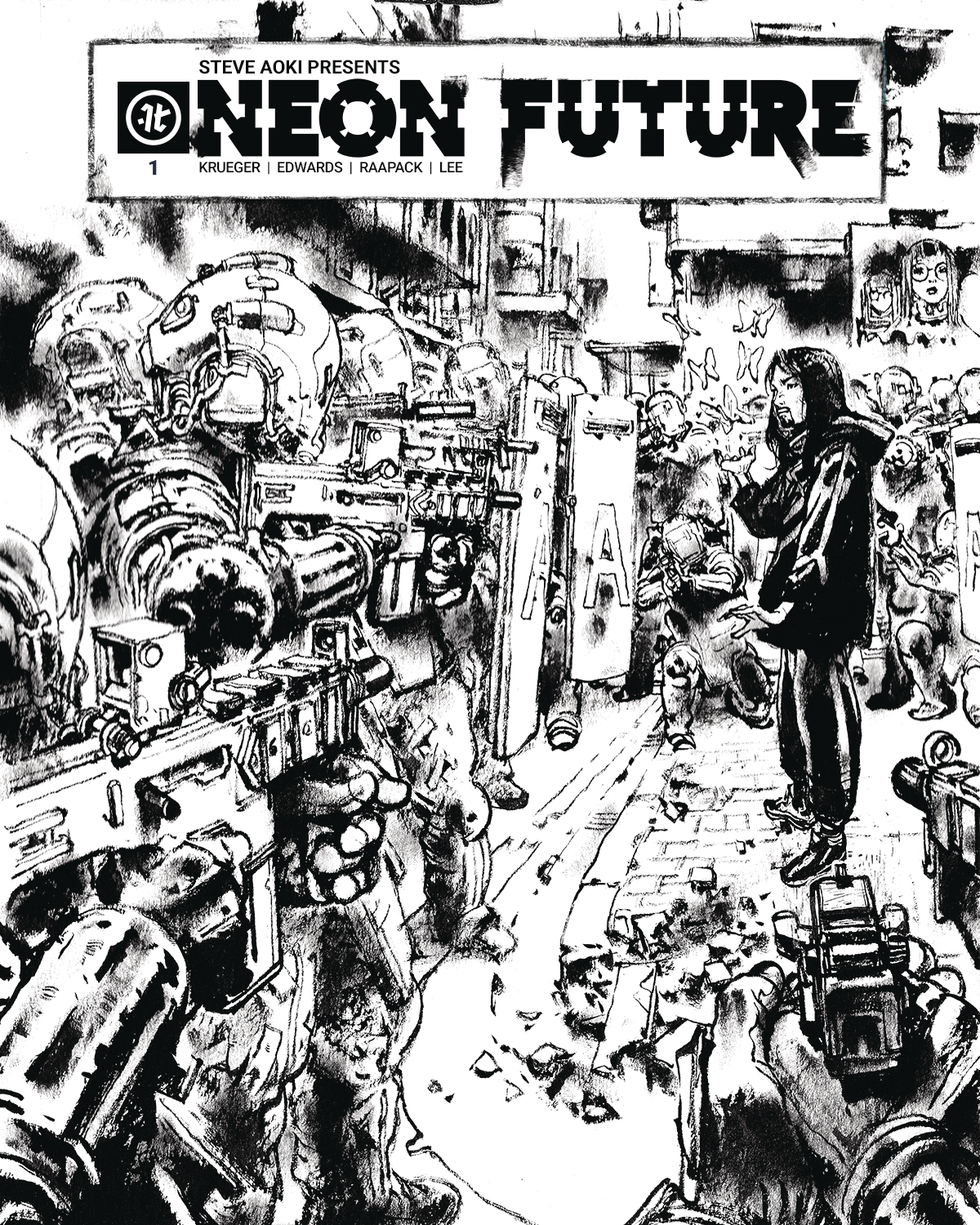 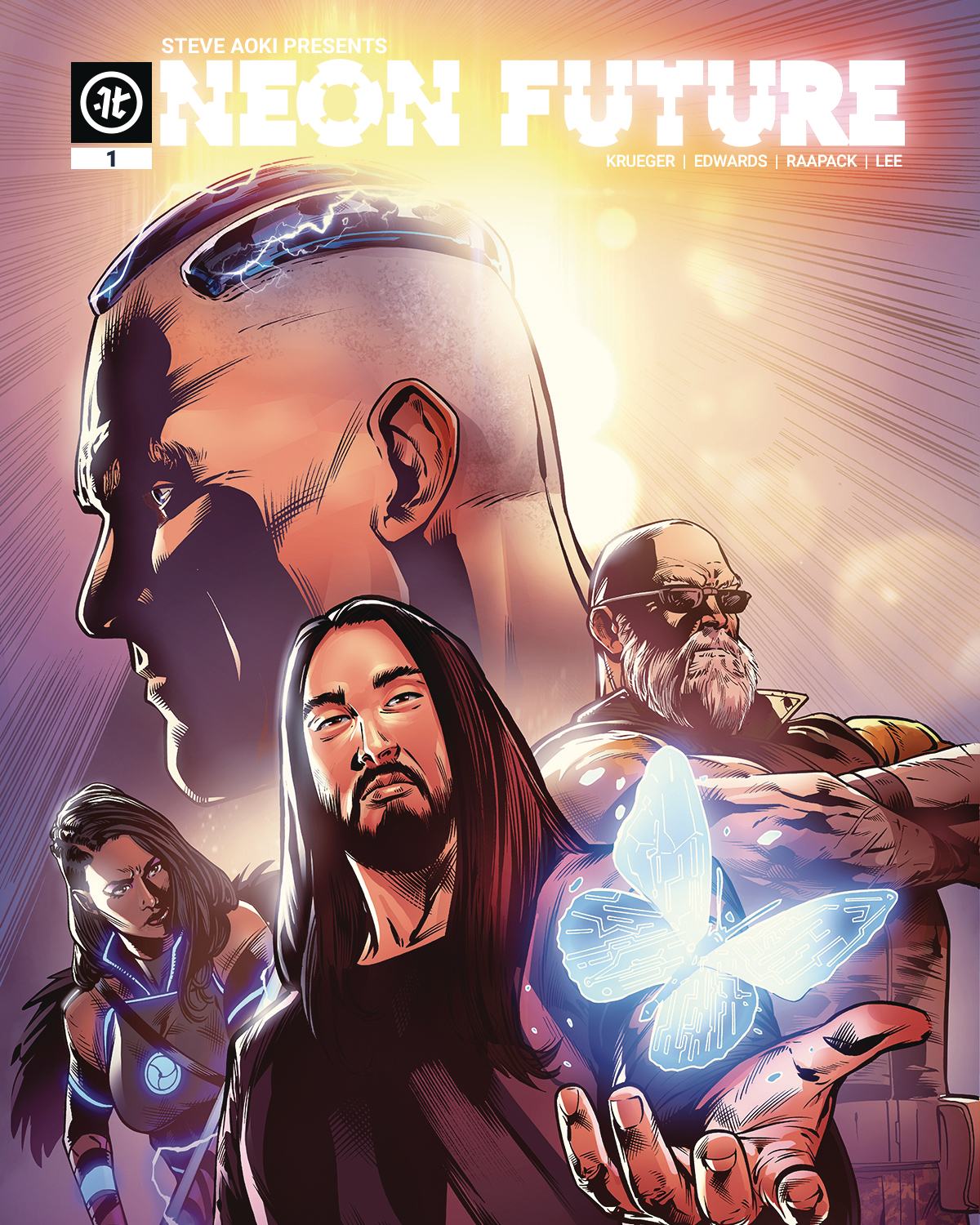