When you're led astray by the title alone, you are likely to hit a lot of challenges along the road, and X-Men: The Trial of Magneto #3 presents exactly that kind of challenge. With no body, no evidence, no clear charge for the Master of Magnetism, and the Avengers milling around like bench players, trying your patience is the only kind of trial going on here.

In the closing moments of the seventy-nine issues of the Hellfire Gala, Wanda Maximoff was murdered, and the prevailing belief was that Magneto did it. Of course, had anyone read the actual issue where they interacted, that would immediately not pass the sniff test, but to be fair, it doesn't seem that Krakoa gets any shipments from Diamond Comics Distributors. The mutant "government" such as it is rushed to put Magneto on trial … without a clear investigation, without representation, and so on. That was complicated when the Avengers showed up to collect the body since Wanda's "not a mutant" or something. This is further complicated by Magneto skipping the line for the resurrection queue and bringing back a version of Wanda from back when she was married to the Vision before she had kids and wildly uninformed about many things.

If you've read this far, you might be saying, "that all sounds patently ridiculous." While you'd be right, that's not even close to the patently preposterous final page reveal of the true culprit, a leap in logic that defies credulity. It's hard to say what this Leah Williams script was trying to do, or why it was doing it, or why it was released, but here we are. To their credit, Lucas Werneck, David Messina, Edgar Delgado, and Clayton Cowles all turned in a rockstar performance trying to get lipstick on this pig, but we all ended up splashed in the mud at the end of the day.

More disturbing is that there are (checks notes) two more issues of this to get through. In that 60% of the story has been bad thus far, that's more like a threat than anything else. This train isn't stopping, and we're all just being dragged along the tracks. RATING: NO. JUST … NO.

X-Men: The Trial Of Magneto #3
By Leah Williams, Lucas Werneck
JUDGE, JURY AND HEXECUTIONER! The truth won't stay buried. Nor will other things. Who lurks in the shadows, and what do they know?

X-Men: The Trial Of Magneto #3 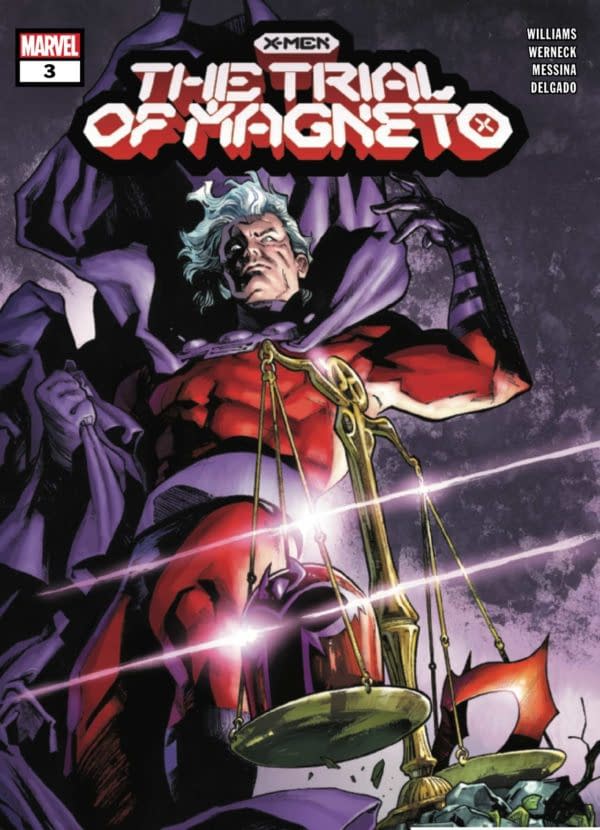 Review by Hannibal Tabu
4/10
That awkward moment when somebody you were sure you wouldn’t see again pops up, and suddenly, everybody needs the backstory.

So ChatGPT is the hot new AI text generator, generating copy in a similar fashion that the artificial intelligence art generators have been doing of late.

So Doctor Strange died. Then he came back (a bit) as Clea took over his comic book, as Strange. But as of March, the Doctor will be in the house as

Dynamite Entertainment have informed comic book stores that ordered heavily on the new Gargoyles #1 comic book, published yesterday, as to where their