Black Adam claims to change the DC Universe forever while ushering in a new era of storytelling. Dwayne Johnson promised that they are "listening to the fans and giving them what they want to see," and one could argue it is to the film's detriment. Never going more than a few minutes with another bombastic action sequence, the film is never boring but also never finds its footing narratively. By the time the end comes, they have to rush to wrap everything up and get to the end credits tease, the only part that will thrill the audience. The new era feels a lot like the old one.

We open in Kahndaq, in the distant past, as Teth Adam is granted mystical powers to help his people, sacrificing himself in the process, before shooting to the present day and a Kahndaq archaeologist (Sarah Shahi) is in search of the Crown of Sabbac. Attacked by mercenaries, she awakens Teth Adam (Dwayne Johnson), and he begins killing the mercenaries who have taken over his country. This gains the attention of Amanda Waller, who alerts the JSA to get involved. Hawkman (Aldis Hodge), Doctor Fate (Pierce Brosnan), Atom Smasher (Noah Centineo), and Cyclone (Quintessa Swindell) head to Kahndaq to take on Teth. They fight a bunch until they have to work together to take down the resurrected Sabbac.

While never dull, this film just drags on and on. Pretty much non-stop action leaves little room to breathe and ruins the pacing of the whole thing. Director Jaume Collet-Serra, who worked with Jonson on Jungle Cruise, doesn't feel like breaking new ground much, as even the endless action is pretty much the same as you would expect walking into most superhero films. For all the talk leading up to this one, somebody will have to explain what sets it apart from other DC entries. Heroes and villains have been killing people in the DCEU in almost every entry, so seeing Black Adam dispense his brand of justice is not all that shocking. Maybe a tad more violent, but we saw Superman snap someone's neck. That is as shocking as you can get.

Johnson, as well as the rest of the cast, is good in the film. This is one of the best performances of Pierce Brosnan's career; his Fate is lifted right off the page and provides the movie's best moments, even if they seem lifted a bit from the MCU. Ditto to Centineo and Swindell, who are fine but not given enough to do. Cyclone is an afterthought, and Atom Smasher is played off as basically as if you ordered Ant-Man off Wish. Hodge plays Hawkman as a Rob Liefeld character comes to life, but not in a bad way. None of it matters if Johnson can't pull this off, but luckily, this version of Black Adam just has to fly around and be strong. Play to your strengths, and you can't go wrong.

This is the problem with giving fans "what they want," however. Sure, this film is fun to look at, but once you start making art through focus groups and wringing any kind of wonder out of it, it ends up playing like a commercial. Entertaining and fun, but nothing we haven't seen a million times at this point. Nothing is different about this film, and there is no sense of discovery, a problem when they are introducing so many new characters. No chance to latch on, no chance to grow with them. Every story beat feels recycled from something they did in another film. That may make them a ton of money, but it won't make them memorable.

The only thing really memorable, and what this Black Adam's legacy will be, is the after-credits scene. Many know what it is already, but the audience loudly appreciated what happened, and it was the loudest reaction to anything in the film, hands down. When you are only being remembered for something that happens after the entirety of the story you are trying to tell, that is a problem. If the DC Universe has been altered forever, it wasn't Black Adam himself who accomplished it, that is for sure. 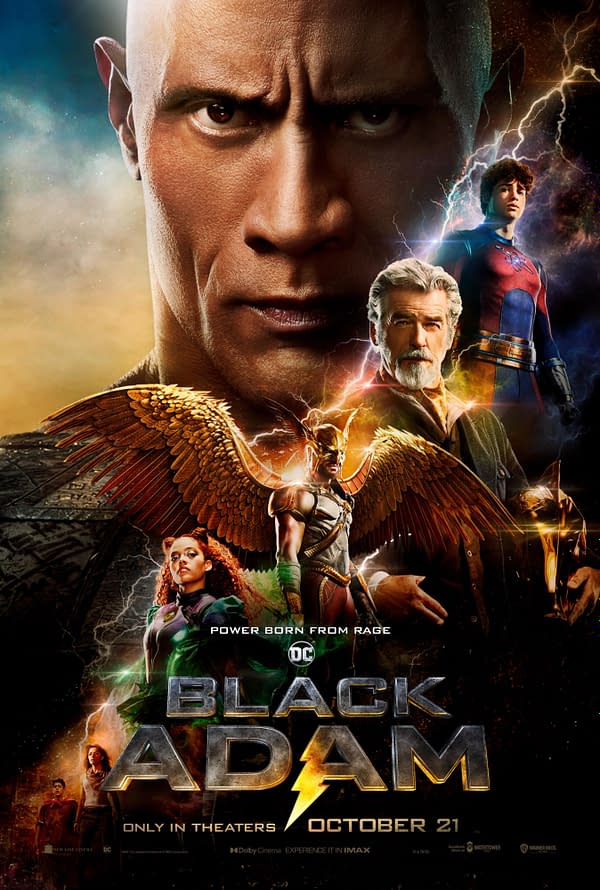 Review by Jeremy Konrad
5.5/10
Black Adam, for all its talk of being different and unlike anything we have seen before in the DCEU, sure plays like every other film we have seen that has come before it. Entertaining, the only thing it will be remembered for is the after credits scene.