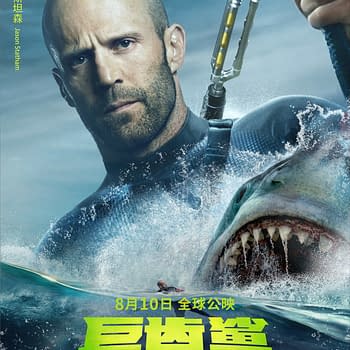 The Meg 2: Ben Wheatley Signs on to Direct

The Meg 2 has found its director British director Ben Wheatley has signed on to make the giant shark sequel in the same week his adaptation of the English gothic novel Rebecca premiered on Netflix. "The Meg" Chinese poster, Warner Brothers As the Hollywood Reporter stated, Jason Statham will return as the grizzled hero, a shark expert[...] 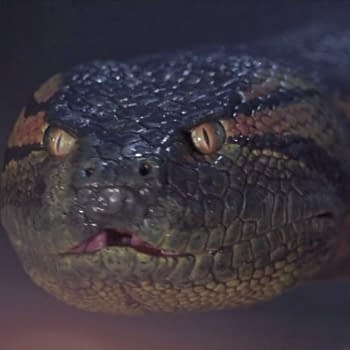 'Anaconda' Remake is in Development at Columbia Pictures

The hunter derails the expedition for his own purpose, with the filmmakers now forced to contend with a murderous madman and a giant snake that will squeeze the life out of them and swallow them for good measure. They are looking to take a Meg-style approach to this one, and I would argue that The Meg[...] 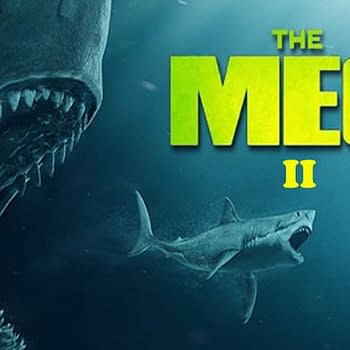 'The Meg 2' Script Currently Being Worked On, Producer Says

Apparently the script for The Meg 2 is currently being worked on, at least according to producer Lorenzo di Bonaventura Theoretically he'd be in a position to know, right? He told CinemaBlend: We're working on a script Yeah So you never know until you get a good script … I was very thankful that the audience got that[...] 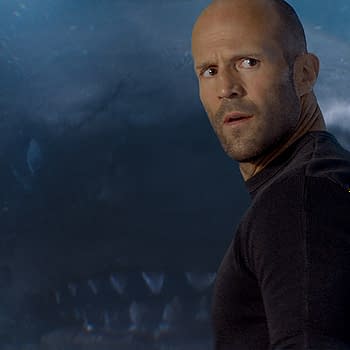 We're Getting a 'The Meg' Sequel, Possible Theme Park in China

While perhaps not the best book-to-film adaptation this year, The Meg did well enough in theaters to get another bite It would appear that a sequel is on the way, as well as a possible theme park Because there's no way that can POSSIBLY go wrong, right? During the US-China Entertainment Summit, Executive Producer Catherine Xujun Ying said a[...] 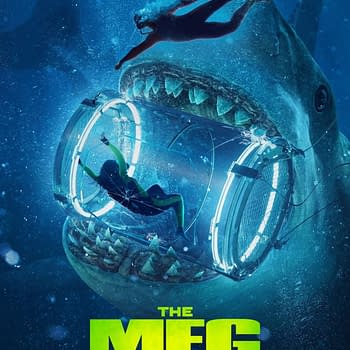 This reviewer has been waiting [impatiently] for the film adaptation of Steve Alten's novel "The Meg" for many, many years Perhaps you'll recall that Disney had actually optioned the title as far back as the 90's, and it's been sitting at the bottom of the development-hell ocean for decades. Imagine my absolute delight when word came[...] 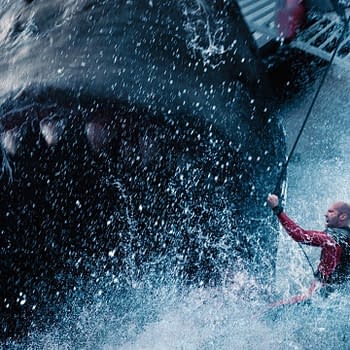 'The Meg' Review: A Popcorn Movie that Keeps to the Shallows

So when something like The Meg trailer came along, it was like blood in the water with fans of popcorn movies (myself included) thrilled at the prospect Unfortunately now that the meg has surfaced, it turns out that what was promised in the trailers translated to something more toothless than we would have ever expected. [rwp-review-recap[...]

The Meg Brings in $4M in Thursday Night Previews

shark film The Meg might have a bigger bite than people thought. According to Deadline the giant shark movie brought in $4 million in Thursday night previews That's only two million less than Mission: Impossible – Fallout two weeks ago Analyst predicted that The Meg would bring in roughly $20 million this opening weekend but if those[...]

'The Meg' Was Gonna Be WAAAAAY Bloodier Than P3-13 Allows

prehistoric shark film The Meg is going to try to take a bite out of the summer box office this weekend, and the biggest critique we're hearing is the lack of blood in the water. If you were unaware, The Meg is based on a series of books by Steve Alten, and the journey of getting the film[...] 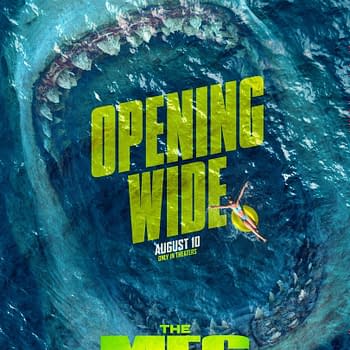 The Meg Review: Poor Structure with Not Enough Blood in the Water

The Meg is advertised as a fun and silly shark movie, but it has long, boring stretches and takes its 70-foot shark way too seriously. [rwp-review-recap id="0"] Director: Jon Turteltaub Summary: After escaping an attack by what he claims was a 70-foot shark, Jonas Taylor must confront his fears to save those trapped in a sunken submersible. "A giant shark[...] 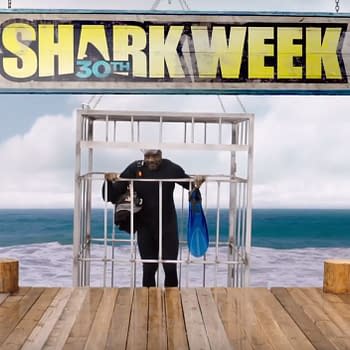 These items will help the all-stars survive and get to their completion point over the next 14 days." There will also be some exclusive stuff for The Meg! There are fewer true joys in the summer than Discovery Channel's annual Shark Week This year the aquatic fete will hit 30 years on the air, and they've got[...]

'The Meg' Takes a Bite with New International Trailer and Poster

Just when you thought it was safe to go back in the water, Jason Statham comes along with a prehistoric shark movie called The Meg Don't get me wrong, I LOVE giant shark movies, and am a fan of the original The Meg books by author Steve Alten, so this summer aquatic blockbuster is right up my alley. A new[...] 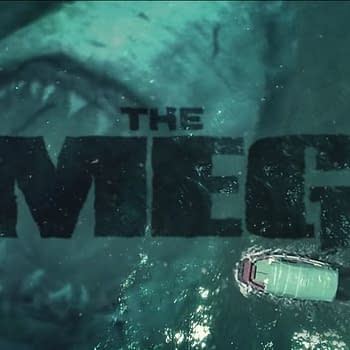 One of the more insane movies coming out late this summer is The Meg, which follows action star Jason Statham as he battles a giant shark It's about as crazy looking as you can expect from a movie with that kind of concept, and this new quote and image from Empire Magazine seem to prove[...]

had my money when they announced they were turning Steve Alten's 1997 book "The Meg" into a movie.  Then, word came that it'd be Jason Statham in the lead, and I knew I was probably going to LOVE this film. I love shark movies, I don't care how bad they are, I'll see them.  I'll give pretty[...] 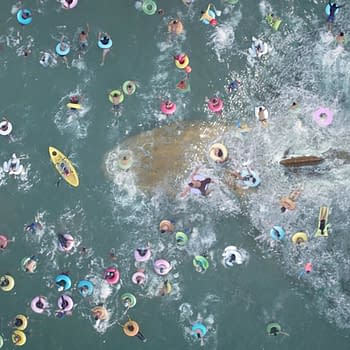 Jason Statham Went Swimming with Real Sharks for The Meg

In this case Jason Stathan couldn't go swimming with a 70 foot shark because they don't exist anymore but that didn't stop him from going swimming with sharks for The Meg according to Entertainment Weekly. "On the early stages of the prep, we took a trip to Fiji, and we went diving with some bull sharks,"[...]