The first thing The Chadster hated about AEW Rampage this week was the opening match: Orange Cassidy vs. Powerhouse Hobbs. First of all, WWE practically invented the David vs. Goliath story. Well, okay, technically it was in The Bible, so God invented it, but we all know Vince McMahon beat God in a wrestling match, so they're pretty much about equal. Anyway, The Chadster didn't like how this match built sympathy for the injured babyface and made Hobbs look like a monster by having Hobbs manhandle Cassidy for most of the match, even though Cassidy got the pin with the Mouse Trap. Personally, The Chadster found this match to be extremely unfair to WWE and disrespectful to everything Vince McMahon has done for the wrestling business. Because of his victory, Cassidy advanced in the World Title Eliminator tournament.

The next thing The Chadster hated about AEW Rampage was the following segment, in which Pac saved Penta from a sneak attack by FTR after Tully Blanchard planted fake frog luchadores in the front row to distract him during an interview. The Chadster is not a fan of the way AEW finds ways to move along multiple storylines in short segments when WWE has no choice but to have feuding wrestlers wrestle rematches with each other week after week. AEW doesn't have nearly as much weekly TV time to fill so they can be more concise in their pacing, which is totally disrespectful in The Chadster's opinion and objectively very unfair.

The Chadster also hated the next match, Dr. Britt Baker vs. Anna Jay, because The Chadster hates to see how much Jay has improved as a performer considering she got her start in AEW and is a true AEW homegrown talent. Baker helped make Jay look quite good in the match though Baker ultimately made Jay tap out to the Lockjaw. That made for two clean finishes in a row, which, once again, just shows Tony Khan's arrogance as he thinks he knows better than Vince McMahon, who practically invented wrestling, when it comes to avoiding non-finishes on his wrestling shows. Just who do you think you are, Tony Khan?! Auugh! So unfair!

In addition to that, The Chadster hated the way Tony Schiavone filled in for Mark Henry to conduct the interviews before the main event, but not nearly as much as The Chadster hated the main event itself, in which Pac and Andrade El Idolo put on a frankly amazing 15-minute match to close out the show, really showing how great both of these guys are in the ring, which is extremely disrespectful to WWE. But what The Chadster hated most of all was how Malakai Black appeared to help Andrade out and spit the black mist in Pac's face after the match, because this led to Arn Anderson coming out to point a finger gun at Black, which distracted him while Cody Rhodes returned to attack Black from behind, promoting the match between Black and Rhodes on Saturday's AEW Dynamite. Auughh! The Chadster just can't stand it! All of this was so dang unfair!

Once again, AEW Rampage felt like it was personally designed to attack The Chadster, and that's probably because it was, because Tony Khan, for reasons The Chadster doesn't understand, continues to have a personal vendetta against The Chadster and goes out of his way to ruin The Chadster's life and make The Chadster sexually impotent. The Chadster hopes you're happy, Tony Khan. 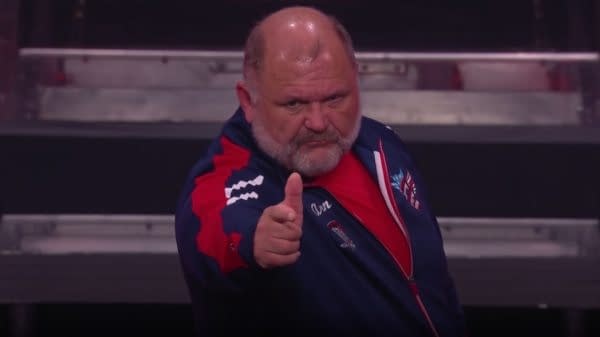 Review by Chad McMahon
8/10
Once again, AEW Rampage felt like it was personally designed to attack The Chadster, and that's probably because it was.