What If…? episode eight breaks the anthology storytelling of all of the previous episodes to reveal that there has been a series-long story going on in the background, and it's somehow boring. Marvel has a formula, and it's a formula that has been working for over ten years now. That formula has made the Marvel Cinematic Universe one of the most profitable franchises of all time. What If…? seems to be doing the formula of the Marvel Cinematic Universe at ten times speed which is weird because going fast disregards everything that makes the MCU work. The slow buildup to a team-up movie with plenty of time to get invested into most of the characters.

What If…? has given us all of thirty minutes to get to know these versions of the characters, and now we're heading toward the team-up episode. There isn't enough time to get invested in the version of Doctor Strange that destroyed an entire universe or Captain Carter or whichever other characters they will pull in for the final episode. The team-ups in the Marvel Cinematic Universe have mainly worked because it's just a fireworks show with some team dynamics. These characters don't know each other; we don't know how they are going to bounce off of each other. It isn't going to feel organic.

This What If…? episode is all set up for the final episode and basically asks the question of another variation of what would happen if a bad guy won. Apparently, the Avengers will be useless unless everything goes exactly the way it did in the primary timeline. Why can't a bad guy win and then lose in a different way with far-reaching consequences? It really seems to be pushing the narrative that there is only one timeline where things have really worked out in a good way. Apparently, the Avengers are only really effective in one universe, which doesn't say many good things about their heroes. They only win in one specific way, or it all goes to hell.

The one good note in this episode is that it is probably the most visually beautiful the show has looked. The various ways the multiverse is presented and Ultron as he completes his mission are horrific to watch while also being beautiful. This is probably the first episode where you could more or less stop the show at any given time, and that frame would be art. This art style fits for this episode, and it seems that the What If…? art style really fits a more abstract type of storytelling like the image above.

However, this What If…? episode more or less has all the same problems as the previous episodes and doesn't even tell a complete story like the others, so it ends on a cliffhanger. No one should be surprised that this is how Marvel is ending the series, but the lack of surprise is the problem. The What If…? comics had to play it safe because you never knew when you were going to get canceled. This show had a whole season order and Disney's money to fund, and they are still playing it so safe. They are ending on a team-up because that is the Marvel formula as its best. However, this show has proven that you need to do the work to make us care about the characters before you set off the fireworks show. Otherwise, you're just blowing shit up, and no one knows why. 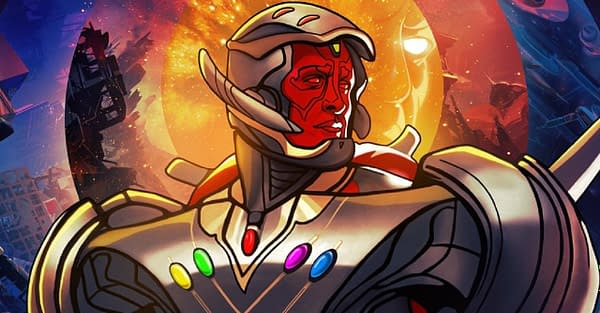 Review by Kaitlyn Booth
6/10
What If...? Episode 8 breaks the anthology storytelling format of all of the previous episodes to reveal that there has been a series-long story going on in the background all along, and yet it's somehow still boring.

The Royal Rumble may be two weeks away, but WWE isn't sweating it. They've got three vague non-wrestling segments announced for tonight's WWE Raw.

Saved by the Bell Cinematographer on Bridging Old/New SBTB Generations

Cinematographer Tom Magill spoke with Bleeding Cool on updating Saved by the Bell from its 90s roots & evolving to its Peacock incarnation.

Buffy the Vampire Slayer: Can There Be a Post-Joss Whedon TV Future?

For Buffy the Vampire Slayer fans, can the franchise cut its ties to Joss Whedon and stage a TV return. Here's why we think it can...