Boys Run The Riot Volume 4, the final volume in the series, feels truncated, or at least the book and series ended without resolving two of the plots that spurred my interest: Ryo's love interests.

Other than that, the series continues its strong character development and leads towards what feels like a positive end. You see the evolution of Ryo and Jin through their changed behaviors and the clothes they make. Boys Run The Riot, crucially, goes somewhere and builds on it. In volume 1, Ryo and Jin could barely trust each other, and by the end of this volume, they're screen printing side by side and encouraging each other.

Boys Run The Riot Volume 4 includes the short story that won the Osamu Tezuka Prize ("Light"), which would be expanded and adapted into Boys Run The Riot. Light is rougher and more confrontational than Boys Run The Riot, and it makes me wonder what might've become of the series had writer/artist Keito Gaku continued in that vein.

RIOTS ARE ALL THE RAGE
Now that the drama with Tsubasa has cooled down, Ryo is living out and proud at school, and he and his friends are back on track to create new designs for Boys Run the Riot. While doing so, Ryo bumps into a fan named Joe, who has been running his own fashion brand for 20 years. Under his tutelage, Boys Run the Riot gets put to the test to think up their brand message, motif, and concept…in order to prepare for their brand's debut at Joe's exhibition! Meanwhile, Ryo and Jin must decide whether to hide from their families, or invite them along to the exhibition and reveal their true selves… The boys who once dreamed of changing the world with their clothes are now ready to take the stage, and they're not exiting without causing a riot!
FINAL VOLUME! 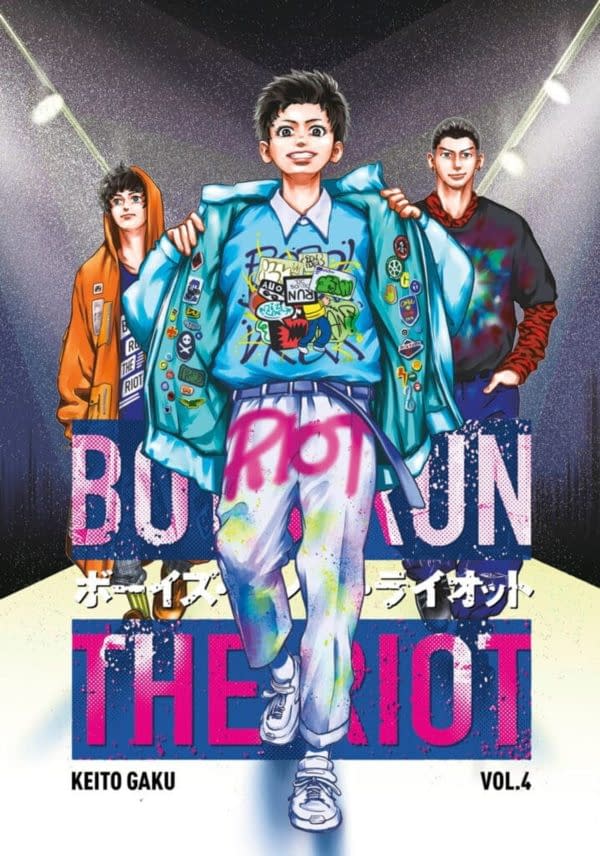 Review by James Hepplewhite
5.5/10
Boys Run The Riot Volume 4 might stumble during the landing, but that shouldn't distract your judgment from the routine it just completed.
Credits
Writer/Artist
Keito Gaku