It's the end of a long and complex road for the crew of the starship Enterprise. A few impossible challenges remain to vex this intrepid collection of specialists and adventurers, and Star Trek: Year Five #24 stays focused on making these last moments as spectacular as possible.

Gary Seven is a ridiculously powerful altered human with the power to travel through time. After numerous mishaps and false starts, he's determined that his only course of action is to murder James Tiberius Kirk. If that means creating a paradox and murdering him before they meet, so be it. This leads a merry chase through chronological periods to start the book. At the same time, Mister Spock has an adventure of his own that would make Boimler and Rutherford on Lower Decks atingle with nerdy anticipation. Not to be left out of the action, Bones plays witness for a historical debate that could determine the future of the Federation.

If you find a kitchen sink somewhere in this comic, that would be wholly logical as writers Jackson Lanzing and Collin Kelly have left nothing in the tank and thrown every possible thing at this story. It is, in fact, a story that has multiple narratives going on that all feed into the larger story. That's not easy to pull together, especially in the space of one issue, while taking a look at multiple wonderful easter eggs for the fans all the way back to the quaint year 2233.

Likewise, the degree of difficulty is very high for the sterling art team of Silvia Califano, Elisabetta D'Amico, Charlie Kirchoff, Neil Uyetake. There's a lot of Star Trek history to get through here, and they manage the great monologues as well as the punching on the hood of a car in Iowa. There's a lot to appreciate and a lot going on, so to see it all done so smoothly is very satisfying.

Nothing about dancing between the raindrops of the original series and the motion picture could possibly be easy. Still, this issue does a great job of telling a compelling story that reveals everything you need to know about these characters. This is a fantastic piece of work that's well worth your time and money. RATING: BUY.

Star Trek: Year Five #24
By Jackson Lanzing, Collin Kelly, Silvia Califano
Their journey has taken them to the edge of the known universe and beyond. They've faced down impossible odds, conquered incredible enemies, and now, here in the shadow of home, their mission will come to an end… and nothing will ever be the same. The crew of the Enterprise will put it all on the line in the grand finale of Star Trek: Year Five from showrunners Jackson Lanzing & Collin Kelly (Gotham City Garage, Green Arrow) and artist Stephen Thompson (Satellite Falling, Die Hard: Year One). 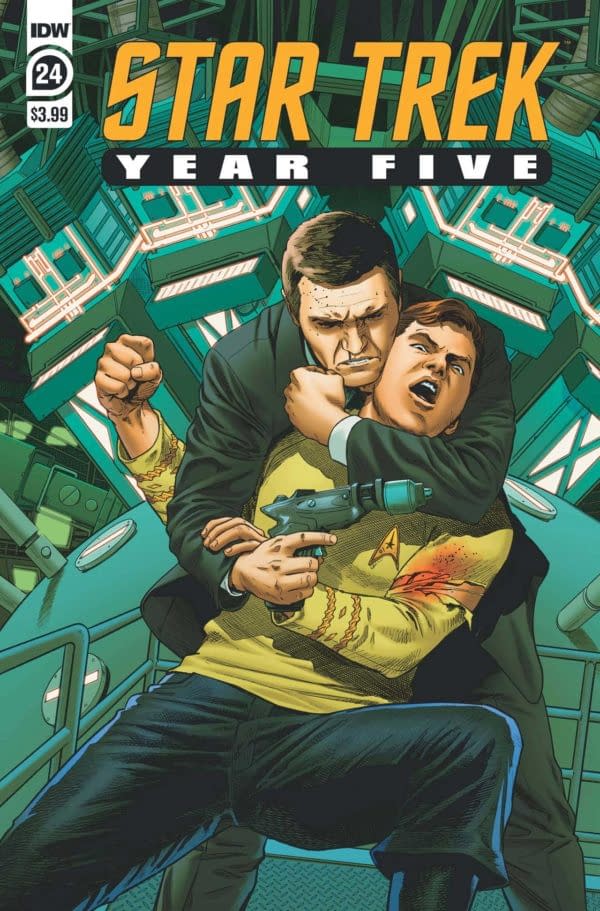 Archie Comics is launching a new series, Bob Phantom, in their November 2022 solicits and solicitations. First appearing in MLJ's Blue Ribbon Comics #2 in

Wolverine Has Quite The "Crossover" With Fortnite's The Imagined

Today sees the continuation of Fortnite X Marvel: Zero War, the only Marvel/DC crossover that has been allowed in decades, with one Fortnite storyline