Prey is exactly the film that Predator fans have been waiting years for. Fresh and exciting, Dan Trachtenberg has made a film to rival the original classic in every way and in a couple of ways being better. The entire cast, especially Amber Midthunder and Dakota Beavers, is fantastic, and the Predator itself has not been this menacing and violent in years. This is an instant classic, and as the years pass should be just as beloved as the original.

Set in the Comanche Nation in the 1700s, we meet Naru (Amber Midthunder), a member of her tribe who wants to go out on hunts to provide for her family. Already a skilled tracker and trained in healing, all of her skills are put to the test when she and her tribe are threatened by an invisible enemy, which turns out to be a Predator. Using her ingenuity and resources afforded to her, she aims to defeat this new foe in an ultimate test of overcoming impossible odds.

Trachtenburg and writer Patrick Aison do a phenomenal job establishing the world that Prey lives in. How refreshing it is to get character development and world-building actually in a Predator film cannot be overstated. We spend a lot of the first half hour of this film being shown things like what hunting means to the tribe, establishing gender roles, and a sense of family. Naru and her brother Taabe (Dakota Bevers) are the second great brother/sister relationship in a film this summer; only unlike in The Black Phone, this relationship is all about respect. They are great together, and as much as the start of the film is great at building their rapport, it is their scenes in the latter part of the film that really tug at your emotions.

As the film progresses, so does the action, and when we meet the Predator in full, played by Dane DiLiegro, it is one of the most iconic entrances in a franchise film in some time. DiLiegro is the most menacing Predator ever and brought the scary element back to the monster for sure. Everything starts to escalate rapidly and brutally from there, with some of the coolest action in the franchise. That most of this brutality is with man-made weapons makes it all the more impressive. Big shoutout to stunt coordinator Wade Allen who uses the beautiful and real feeling settings in glorious ways. It's fast-paced and visceral, and there is plenty to please action film junkies.

As the fifth film in this franchise, seventh if you count the AVP films as well, the deck was stacked against this to be any good, especially with how bad most of those Predator films have been. But, by focusing on the human characters and having respect not only for the Comanche setting but the franchise itself, Prey became a film that Predator fans can watch with pride, knowing that the franchise they love finally has a worthy successor to the 1987 film. Amber Midthunder and Dakota Beavers turn in star-making performances, and Midthunder's Naru should take her rightful place next to Ellen Ripley and Sarah Conner as one of the pillars of female action heroes. Prey is captivating from beginning to end and will be a fan favorite for years to come. Let's hold out hope that it gets some kind of theatrical run at some point as well, as this is a gorgeous film that deserves to be seen on the big screen.

Prey is on Hulu streaming tomorrow. 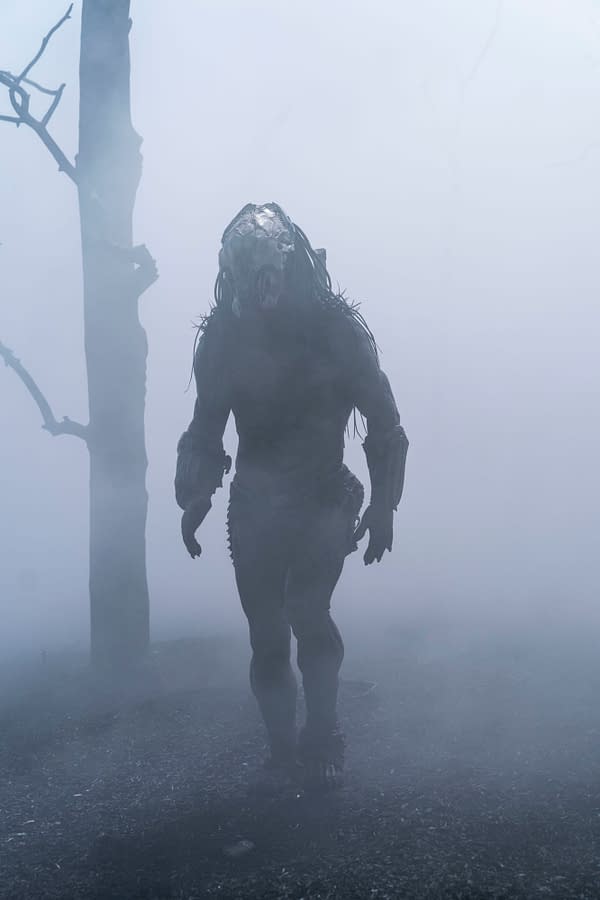 Review by Jeremy Konrad
9/10
Prey is captivating from beginning to end, and will be a fan-favorite for years to come. Finally, a worthy Predator sequel.

The Question Returns In Charlton's Mysterious Suspense #1, at Auction

The Question is Steve Ditko at his best, and one of the best issues is taking bids at Heritage Auctions today.

If you need a CGC copy of Star Wars #1 from #MarvelComics you should check out this 35 cent reprint at Heritage Auctions.

Longshot Makes His Debut, On Auction At Heritage Auctions

Longshot and Spiral make their mutant debuts, in book number one of his mini-series form 1985, taking bids at Heritage Auctions.