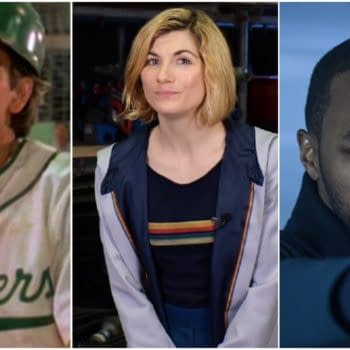 How a Quantum Leap Revival Benefits from Doctor Who, Altered Carbon

Given the series original depressing ending, why not make the sequel/revival be about the search for Sam from his child and make it comparable to Doctor Who and Altered Carbon? How would this be pulled off you ask? Let me explain. Images courtesy of NBCU, BBC, and Netflix During the original series run, the process swapped Sam's[...] 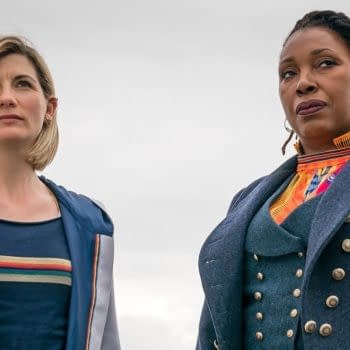 Doctor Who: HBO Max Looks at What Makes Each Doctor THE Doctor

It's been a while since we had a Doctor Who compilation video, and suddenly HBO Max has jumped into the pool with their own This one lists the Doctor's common personality traits across three different incarnations and actors This seems to be HBO Max's first Doctor Who video compilation Of course, they have a different[...] 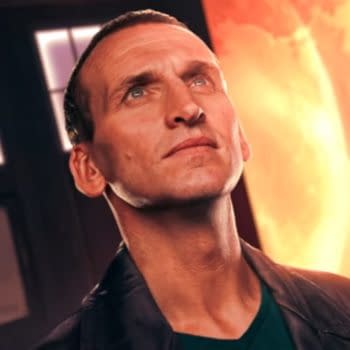 Earlier this month, Doctor Who fans learned the details behind Christopher Eccleston's return as the Ninth Doctor in a series of new audio dramas from Big Finish Now, they're getting a chance to hear Eccleston himself in the just-released trailer for Doctor Who – The Ninth Doctor Adventures: Ravagers. Set to release in May 2021, the audio[...] 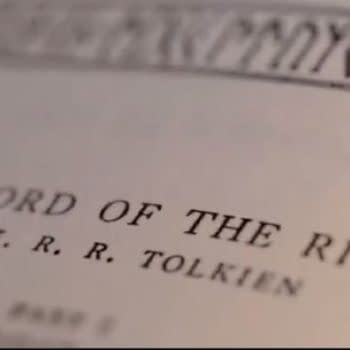 On Wednesday, Amazon announced that British Chinese director Wayne Che Yip (Hunters, Preacher, Doctor Who) has joined the prequel series to direct four episodes and co-executive produce- following director J A Bayona (A Monster Calls, Jurassic World: Fallen Kingdom), who directed the first two episodes has to offer "It is a true honor to be[...] 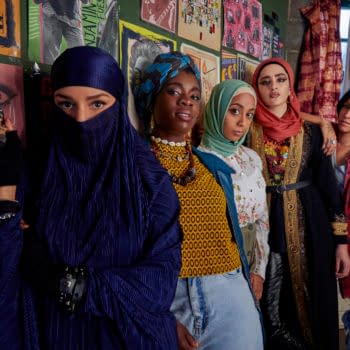 The first glimpse of Doctor Who-writer Nida Manzoor's new six-part Channel 4 music comedy, We Are Lady Parts, has been released A bold and celebratory comedy exploring sisterhood, belonging and finding your voice, We Are Lady Parts, a six-part half-hour series is currently slated for release on Channel 4 in Spring The series will also launch[...] 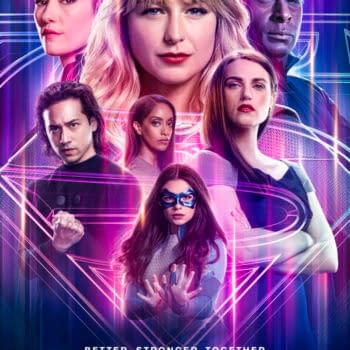 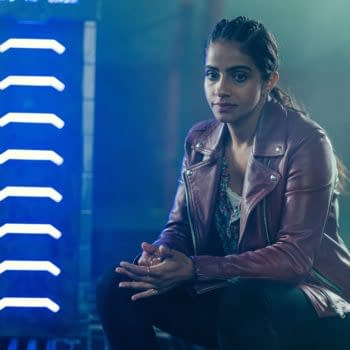 Doctor Who Star Mandip Gill: The Doctor Will Be a Woman of Color

With a TARDIS that finds Jodie Whittaker's 13th Doctor still at the helm, and a returning Yaz (Mandip Gill) accompanied by new companion Dan (John Bishop), production is currently underway on the 13th series of Doctor Who- and yet folks still can't stop speculating about the future (pretty fitting, actually) In this case, speculating about[...] 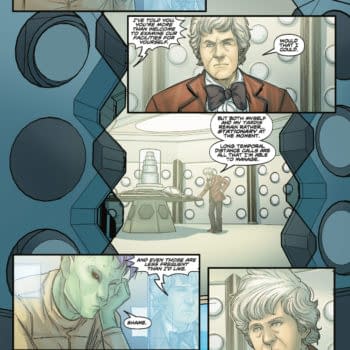 Did Missy Make The Master Go To Earth? Doctor Who: Missy #1 Preview

In April, Titan Comics is publishing a new multiple Doctors/Masters comic book, Doctor Who: Missy with the Third and Twelfth Doctor along with the First and Seventh Master I think my maths is right, the Roger Delgado Master and Missy. And in doing so, Missy gets to tell the First Master her version of the school[...] 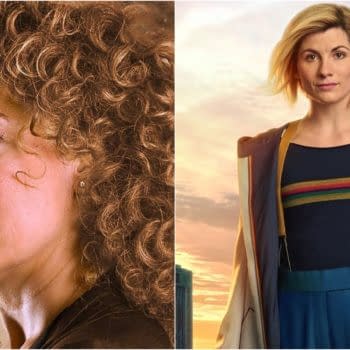 By the time the credits rolled on the holiday special "Revolution of the Daleks," Doctor Who fans knew that change was in the air for "Team TARDIS." Bradley Walsh and Tosin Cole officially moved out of the big blue box while new companion Dan (John Bishop) was introduced as joining the Doctor (Jodie Whittaker) and Yaz[...] 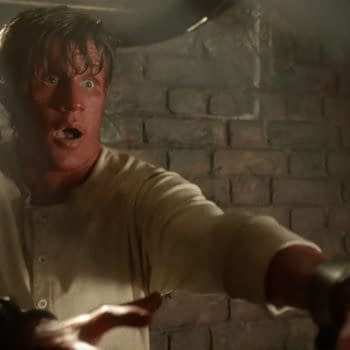 Doctor Who: Mark Gatiss Open to Return, Offers Story He Would Adapt

With production currently underway on the eagerly-awaited Doctor Who Series 13, fans are learning that the series' return will be filled with goodbyes (Bradley Walsh and Tosin Cole have moved out of the TARDIS), hellos (John Bishop's Dan is moving in), and two familiar faces (Jodie Whittaker and Mandip Gill, though there are those rumors[...] 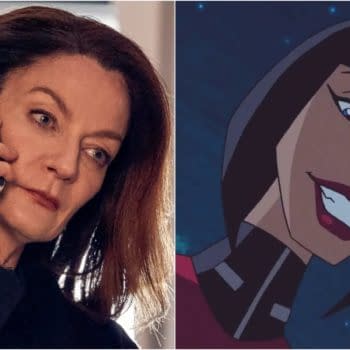 Flash ahead a bit more than two months, and we're learning that one of the new faces joining the series for Season 3 is a very familiar face for Doctor Who, Chilling Adventures of Sabrina, and The Flight Attendant viewers: Michelle Gomez is set to join the cast in the series regular role of Madame[...]

As production continues on the eagerly-awaited Doctor Who Series 13 (reportedly seeing the light of day sometime this year), the BBC celebrated International Women's Day on Monday by releasing a look at the Doctor (Jodie Whittaker) and Yaz (Mandip Gill) With Bradley Walsh and Tosin Cole having officially moved out of the TARDIS and new[...] 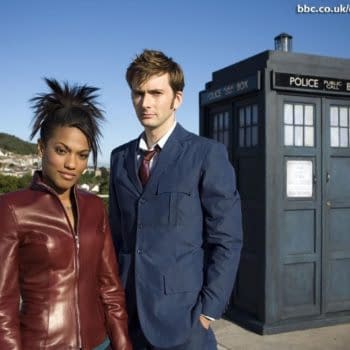 Doctor Who Series 3: The Best Moments from Show's Darkest Season

It's been a while since we last got a "best of series" video from the Doctor Who Youtube Channel This time it's Series 3 of the new show that began in 2005 This is the season that introduced Freeman Agyeman as Martha Jones, the 10th Doctor's second official companion It's weird to think that this[...] 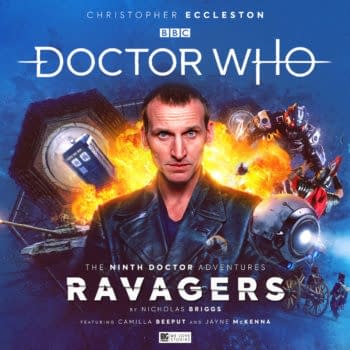 Doctor Who fans have been buzzing with excitement ever since word came down that Christopher Eccleston would be returning as the Ninth Doctor in a series of new audio dramas, and now Big Finish is offering some serious intel on what fans can expect and how to get their hands on it Set to release[...] 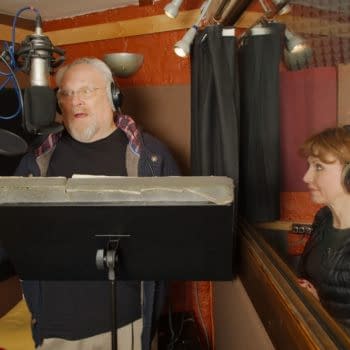 An unproduced, thought-lost Doctor Who script by former showrunner Russell T Davies has been found by Davies himself, and Big Finish Productions will be producing it as an audio drama It's all in the Mind of the Hodiac! Conceived in 1986 and rediscovered almost 35 years later, Doctor Who: Mind of the Hodiac stars Colin[...]