Mind MGMT: Bootleg #1 reminds me: It's good to read a Mind MGMT comic again. Mind MGMT is a comic series from Dark Horse about a spy organization that runs the world through hidden messages, brainwashing, and psychic warfare. The series is comparable to Lost.

The circumstances changed since Mind MGMT was an ongoing series: Artist/writer Matt Kindt is now one of the best-selling writers in recent memory, thanks largely to his co-writer on BRZRKR, Keanu Reeves. Kindt always went the extra mile with Mind MGMT, whether it was fake ads in the comic or hidden messages in the text. It's a relief to see that in Mind MGMT: Bootleg #1, that commitment remains. If the reader is new to Mind MGMT, Mind MGMT: Bootleg #1 catches the reader up quickly: Kito (a resident of Zanzibar, which was burned to the ground in the original series) is beset by (wait for it) hidden messages, which, brings him to the offices of the titular organization.

Kindt is perhaps a bit too cute in the cross-promotion. The record store scene took me out of the experience, largely because Kindt made a Mind MGMT vinyl. Four panels later, there's yet another in-universe ad referencing another purchasable book. Farel Dalrymple's art and lettering are expressive. There are opportunities for on-panel detail, which Dalrymple nails. His colors pop, too. Dalrymple's pages feel tactile, and when compared to Kindt's backup (or an artist whose work looks a lot like Kindt's), it's a refreshing change of pace.

It's worth underlining: Until this comic, the only Mind MGMT artist was Kindt (Kindt's daughter did a couple of panels in one issue), and Dalrymple's work on Mind MGMT: Bootleg #1 is strong enough that the transition between artists never felt jarring.

Matt Kindt!  Farel Dalrymple! MIND MGMT is: weird, mind-blowing, paranoid storytelling. It is the first ever comic book from Flux House, Matt Kindt's all-new imprint which features crime, science fiction, and humor stories, all told in startling and untraditional ways. Upcoming publications will take many forms, and the polybagged variant versions of MIND MGMT will contain a card that is playable as a playing card or as part of a new Flux House game. Previously in MIND MGMT: a covert government agency of psychic superspies fell into oblivion after one of their top agents went rogue. What looked like the end was only the beginning as a former leader of MIND MGMT explores the darkest parts of the world and recruits a team of forgotten agents to rebuild the organization, bend reality, and go to war with a competing agency.
* Cover C variant is a special polybagged cover, drawn by Marguerite Sauvage, and contains a special Mind MGMT playing card! 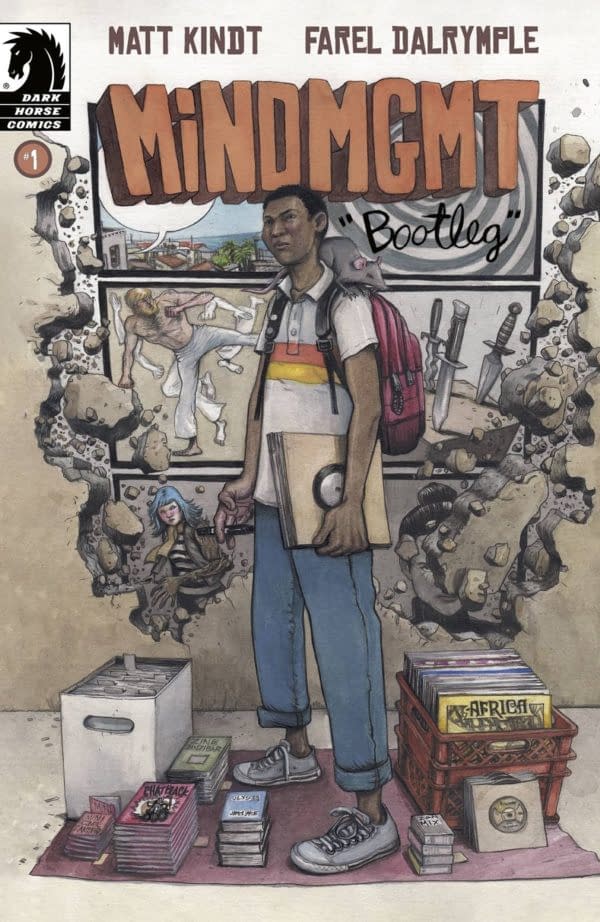