FOX's The Great North gave a well-rounded story about Ham's desires for a bigger coming-out story and podcasting some true crime cases is not an easy road. Some minor spoilers may be ahead, so consider this your fair warning before reading any further…

The Great North continues to make me sing at the beginning of every episode at this point. I've found myself falling in love with the intro's song and beat. Anyways, this episode started off in such an amazing way with Crispin and Ham watching a movie together on the couch, specifically an amazing creation by the name of "Danny Vroom: Gay in the Fast Lane." Whoever developed the concept for the movie they watched…thank you so much. What ends up being brought up, by Ham, is the desire for a different coming-out story with more profound moments to make it the perfect memory.

On the other side of things, Honeybee and Wolf become intrigued by the idea of starting their own true-crime podcast and possibly looking into an Alaskan cold case. They bring the concept to the Tobin family dinner table around the same time Ham discusses his wishes for a bigger coming out story.

Come on out — The Great North starts NOW! 🏁 pic.twitter.com/jff5NebLoS

The family of The Great North, including an adorably enthusiastic Judy acts as some great allies as they attempt to figure out a way to make Ham's gay dreams a reality. In a hilarious suggestion, Beef says that Ham coming out to his dad's cousin, Danica, would do the job since she did one time visit a zoo and called the animals with children "whores." So off the family goes to Orca Bay to visit a not-so-nice cousin in hopes of a gasp and shock-worthy coming-out story for Ham.

The Great North makes sure to truly develop laughs in this episode while not forgetting its central points and lessons. As they visit Danica, Honeybee and Wolf end up somehow believing that this judgmental cousin is a cold case killer (which turns out to have been solved already) while visiting the fast-food establishment "Sausage Lynx". Danica's personality ended up being an incredibly accurate portrayal of some people in this world who dish out a lot of judgment and absurd boundaries but end up hiding a lot of bad stuff about themselves.

Tonight's episode, directed by the awesome @PaulScarlata will be available first thing tomorrow on @hulu !!! pic.twitter.com/lC4y91EVNs

This episode of The Great North ended up being absolutely one of my favorites and one that felt like a timely and necessary story to include. There was hilarious commentary on the desire to create podcasts and examples as to why being an ally so desperately involves simply listening to the needs and desires of the LGBTQ+ community. The way the two timelines connected was fantastic. The ending of the episode was so absolutely heartwarming and a favorite musical moment added to my list. 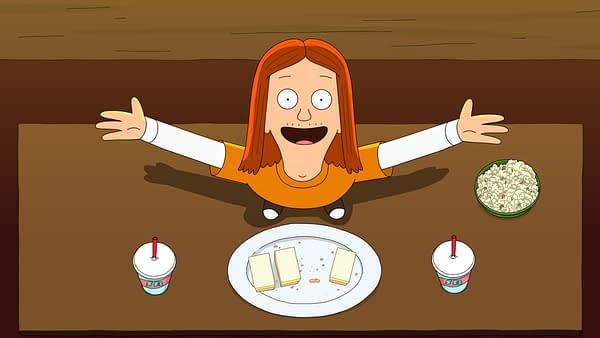 Review by Brittney Bender
10/10
FOX's The Great North S02E20 "Say It Again, Ham Adventure" was a fantastic episode that developed Ham's character, as well as Crispin's, giving a voice to the unique and important individual methods that can be involved in someone's coming out story.
Credits
Network
FOX

Andrea Martin's Sister Andrea returns in a battle of wits with a demon on Evil, while Christine Lahti's Sheryl ventures into cryptocurrency.

With AMC's Better Call Saul returning for a final run on July 11th, we learned this morning that TV Legend Carol Burnett has joined the cast.